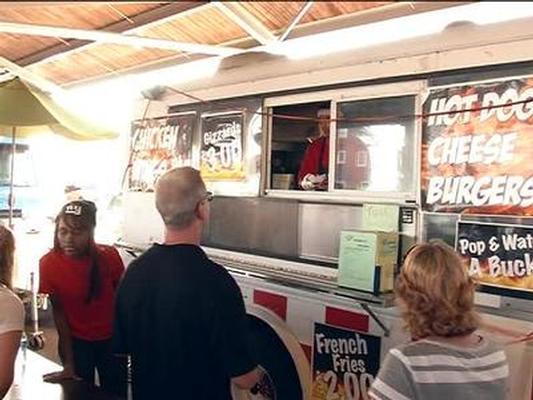 Food trucks are becoming a more popular option in the city. But you won’t see them setting up shop on every street corner. City Council is considering new regulations for food trucks.

For Arthur Rothfuss, his food truck, “Hello Arepa” was a dream come true.

Arthur Rothfuss said, “I get almost teary eyed when they tell me they really love something that I just cooked for them.  That never ever gets old.”

But that dream came at a cost. Now Rothfuss says his future is riding on the success of his food truck.

Rothfuss said, “We actually got a home equity line of credit on our house.  We owned it outright until we decided to do this. So we basically mortgaged our house to open a food truck.”

But Rothfuss and other food truck owners say the city of Rochester is making it difficult for them to actually turn a profit. They say the city has too many regulations regarding where and when they can operate. Right now, they are only allowed to stay open until 1:30 a.m. as opposed to food carts which sell later. There are other obstacles as well.

Rothfuss said, “We still can’t vend on privately owned commercial property and vending outside the city center is challenging to say the least.”

On Monday, food truck vendors laid out to city leaders how they could make the business a little less challenging.

Rothfuss said, “We’re mobile, we have wheels.  We want to be able to go someplace see if it works, if it doesn’t work try some place else. We’d like to be where the people are.”

There is a chance things could change. City Council is expected to vote on new legislation that could possibly allow them to sell in more locations and longer hours. That vote is on April 23.