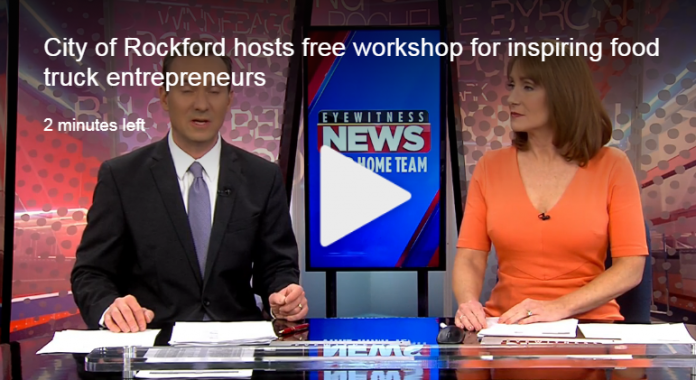 By Karina Parada  |  My Stateline

The City of Rockford helps foodies get the wheels rolling on a new business. Thursday, dozens attended a workshop on how to open a food truck. Organizers say it’s a good option for those not able to afford starting up a restaurant.

“We want clarity on that side and then confidence,” said Simpson. “We just want people to understand that this is something you can really do. We want you to do it right here in Rockford.”

“We’ve also learned about the permits that we need,” said Poplar Grove resident Renee Radway. “That was our biggest goal for coming out here.”

Rockford has seen a surge in food truck businesses — from Asian cuisine to Mexican desserts.

“It’s good to finally be getting there,” said Rockford resident Manuel Salgado. “The way the city has opened it’s doors and help facilitate that, I think that’s the reason it’s started a new wave and people are seeing it works.”

Aspiring entrepreneurs say they’re encouraged by the success of other food trucks at events like Rockford City Market and Stroll on State.

“Maybe one day becoming brick-and-mortar and just bringing something different and something fresh,” said Radway. “Being the first to bring it to a city, would just be exceptional.”

There are about 20 food trucks already licensed in the City of Rockford. Thursday’s attendees predict the food movement is just getting started.

“I think we’re going to have a big turnout next year when it comes to more new food trucks out there,” said Salgado.