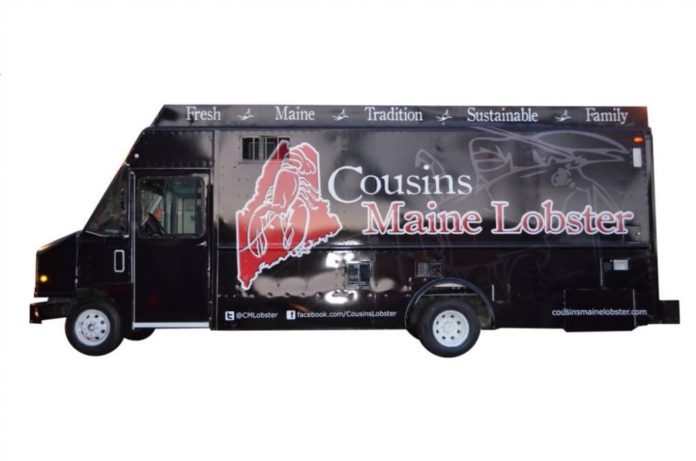 Steakhouse splurges yield overcooked or over-frozen Maine seafood whose most memorable flavor is the drawn butter at its side. “Langostino lobster” (a crustacean related to the hermit crab) tacos served by fast-casual restaurants are nearly as bland, if slightly fishier.

Before visiting Maine for the first time this past summer, I assumed Dungeness crab was superior to lobster. But the juicy, slightly sweet meat from just-caught crustaceans in Maine ended a lifetime of indifference toward that state’s star shellfish. Like fresh Dungeness, this lobster wowed without need of butter.

Once you’ve experienced it, the high of Maine lobster is too powerful not to chase, even when back in California, 3,000 miles from the source. This pursuit, intensified byDungeness being limited this season by toxic algae bloom, led to two satisfying ends: the swank San Francisco restaurant Farallon, where lobster rolls go for $28, and Sacramento’sCousins Maine Lobster food truck, where rolls cost $15.

Farallon’s fit-for-Poseidon undersea-themed decor trumps the atmosphere at Cousins, which is primarily a parking lot. The San Francisco restaurant also brings more flourish to ingredients, using lemon aioli and crispy shallot, compared with Cousins’ dollop of mayonnaise as lone accompaniment. But the part that matters – succulent seafood that tastes (inaccurately yet palpably) as if it had been plucked from a nearby bay that day – was the same in both places.

Fans of the ABC entrepreneurial competition show “Shark Tank” will recognize Cousins as one of its success stories. In 2012, cousins Jim Tselikis and Sabin Lomac, Maine transplants living in Los Angeles, persuaded real estate maven and “Tank” panelist Barbara Corcoran to invest in lobster trucks. They now count trucks in 11 cities, as well as a small restaurant in L.A.

Tselikis recently came to Rocklin’s Dragas Brewing, where the Cousins truck makes semi-regular stops, to check the operation of local franchisees Paul and Vickie Sharkey. Tselikis said he and Lomac filled a largely geographical-based niche with their trucks. He said a California entrepreneur might find similar success with taco trucks in Maine, where there’s a dearth of Mexican food.

The Sacramento truck’s lobster supply arrives by plane, pre-cooked and iced, within 24 hours of being hoisted from Maine waters, said Paul Sharkey, a Boston native and one-time restaurant chef and manager. Sharkey, 60, and his wife, Vickie, 59, left corporate careers in Southern California for a new life and new business, in Sacramento, after trying Cousins’ lobster at a food-truck gathering in Pomona. They have built a loyal following since rolling out their truck this past summer.

Along with lobster, the Sharkeys fly in the bread used in Cousins’ rolls – a split frankfurter bun with the texture and sweetness of Wonder bread – from Maine. This bread, buttered and grilled on both sides, provides a down-home, Down East accompaniment to seafood viewed as a delicacy on the West Coast.

In the Northeast, lobster rolls were what your mother made with leftovers from a big dinner the night before, Paul Sharkey said. His mom would mix the mayonnaise with the meat and might add a bit of onion.

Cousins’ menu, which features lobster tater tots and lobster tacos in flour tortillas, more closely reflects Stephen King’s strong-accented, working-class Maine than the idyllic, L.L. Bean-catalog image of the state. Maine holds large vacation homes with stunning views, but also (heavily weather-proofed) trailers with no views. That some of the best lobster in Sacramento comes from a truck seems fitting.

The closer to comfort the menu sticks, the better. There’s a reason mothers feed children Wonder bread with mayonnaise – the fat-sweet-salt combination is pure salve. Because of the mayonnaise on it, and because the chilled lobster within it retains its moisture so well, Cousins’ “Maine” roll with mayonnaise impresses slightly more than its “Connecticut” roll, which comes with warmed lobster and only a bit of lemony butter as garnish. Both taste better than 80 percent of other lobster dishes you will find in Sacramento.

The Sacramento truck’s clam chowder comes to it in a bag from the Cousins franchise, but you would not know it from its fresh flavor. The perfect, medium consistency – neither as thick and starchy as many West Coast versions nor as water-thin as Maine chowder – holds substantial portions of clam and potato, with anchovy and salt pork adding flavor depth.

The least-homey item on the Cousins’ menu – lobster bisque – is its lone bust. It tastes underseasoned and lacking in the creamy, buttery flavor one associates with good bisque.

The lobster quesadilla, by contrast, offers too much dairy. An abundance of jack and cheddar cheeses obscure the flavor of the quesadilla’s generous helping of lobster. The flavors are all there, but the proportions are off.

The Sharkeys use bread and seafood from Maine but buy tortillas and produce locally. This emphasis on freshness, from far and near, enlivens the lobster tacos. Pico de gallo and cilantro-lime sauce tang the seafood and tease out its inherently salty side. The same condiment combination enhances the lobster tater tots, a steamy, winter-perfect dish featuring nicely crisped tots.

Cousins’ lobster ice cream breaks the mold of specialty treats one might sample at a garlic or asparagus festival by being delicious instead of merely novel.

Incorporating rich vanilla ice cream from Maine with lobster that’s been poached in butter, the ice cream suggests salty caramel or butter pecan, without the caramel or pecan. Every few bites, one catches a distinct seafood taste that lends the ice cream an exoticism rarely associated with Maine, in either its King or L.L. Bean versions.

Vegetarian friendly: Not especially. The focus is lobster.

Gluten-free options: Yes. The chowder is gluten free, and Cousins can substitute corn for flour tortillas.

Ambiance: Chill and/or rain accompanied our visits to the truck when it was parked at the monthlySacramento Antique Faire (under the freeway at X and 21st streets); Yolo Brewing Co. (1520 Terminal St., West Sacramento) and Dragas Brewing (5860 Pacific St., Rocklin), yet each experience was pleasant.

A long line formed outside the truck at the Antique Faire, but orders came quickly, and outdoor tables provided seating on a brisk but dry day. A small tent shielded waiting customers on a rainy evening at Yolo Brewing, which also offered seating inside. We only sat inside on our final visit, at Dragas, a well-lighted, comfortable space that offers plenty of seating and a crisp amber ale.

The Maine lobster tastes as if it were just pulled from the water, and service is exceptionally efficient and friendly.

Cousins’ Maine lobster roll, with chilled seafood and a touch of mayonnaise on grilled white bread, tastes just like the real thing. The clam chowder is stellar and lobster ice cream unexpectedly wonderful.

Limited, but very good. At Dragas, truck owner Paul Sharkey stopped by tables to retrieve plastic trays and say hello to customers. His equally personable wife, Vickie, took orders at the truck window. The truck employee who had waited on us on previous visits had been helpful and friendly as well, and was spot on – on the rainy evening – about when we should return to the truck to retrieve our order, limiting our time in the rain.

With $15 lobster rolls and a $14 lobster quesadilla, Cousins stays within the price neighborhood of other Sacramento food trucks, though on the high end. But offering a one-of-a-kind product adds value.