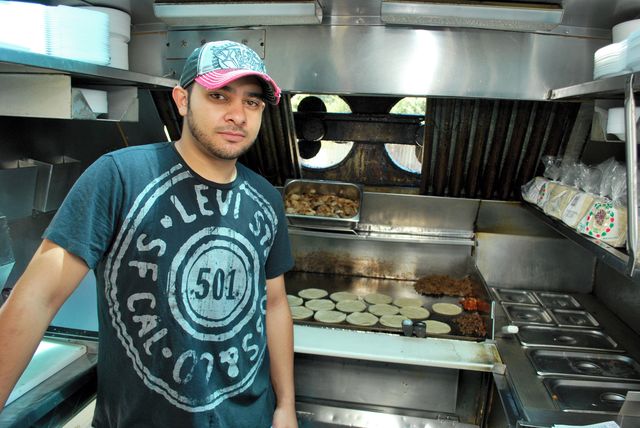 Any decision regarding Sacramento’s controversial food truck ordinance – which currently limits trucks to operating a maximum of 30 minutes in one spot – will have to wait, since a City Council Law and Legislation Committee meeting was canceled Tuesday.

“There’s a lot of stuff to look at in state law, and we’re trying to figure that out,” said Councilman Jay Schenirer, chairman of the committee. “A lot of it is whether it’s just legal or not.”

One of the legal issues is that California Vehicle Code protections on commercial vehicles can arguably be applied to mobile food vendor operations.

Operators of food trucks have been advocating changing the city ordinance for more than a year, saying that the 30-minute time limit keeps them from being able to reasonably do business in city limits.

The inaugural SactoMoFo, a mobile food festival held in Fremont Park in April, was by all accounts a successful event, and since then, a serious push has been under way to revise Sacramento’s ordinance.

But it’s not as easy as doing away with the existing laws.

Some “brick-and-mortar” restaurateurs said they are afraid that allowing food trucks to operate within the city without proper regulation will pose serious threats to their businesses.

“What it comes down to is very real, very human issues,” said Daniel Conway, spokesman for the California Restaurant Association. “It’s a challenging economic time, and all business owners are as acutely aware of their balance sheet as ever.”

He added that he believes mobile food vendors and traditional restaurants can easily coexist.

The Law and Legislation meeting planned for Tuesday could have addressed that, but city officials said they want to make sure any new ordinance has legal merit.

“We’re still moving forward on it,” said Councilman Darrell Fong. “There’s a lot of interest from the different parties involved in this, and it’s going to take all those groups working together: restaurant owners, mobile food trucks and us as a city.”

“There is some existing case law and appellate law that has found the state vehicle code preempts local ordinances, and therefore local governments are pretty limited in what they can do to regulate commercial vehicles,” he said.

The answer to that question is what stalled the issue in Sacramento Tuesday.

“They really want to make sure they get this right, and I think they really are sincere about setting a model and giving citizens a chance to experience both types of food,” Conway said. “They’re digging deeper than most jurisdictions have.”

According to the staff report for the meeting, the revisions to the ordinance will be addressed in four areas: vending on public right-of-ways; vending on private property and any related zoning issues; hours of operation and/or time limitations; and permitting and operating requirements for mobile food vendors.

Conway added that he doesn’t think the City Council is being complacent and pushing the issue aside, but rather that it has been very busy since April, dealing with issues such as medical marijuana, Occupy Sacramento, backyard chicken coops and the budget.

“I always say, it was being awfully hopeful that we could be able to get it done by the year’s end,” said Catherine Enfield, who operates the Munchie Musings blog and aTwitter account covering Sacramento food trucks.