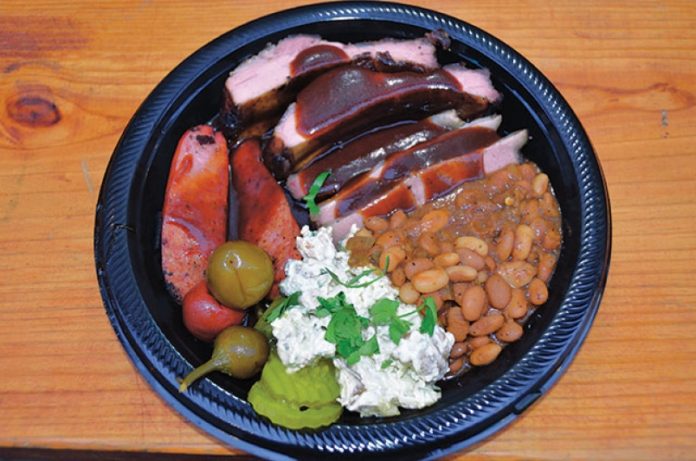 Sometimes being behind the curve is a good thing. When the national economy tanked in 2008, chefs lost their berths by the hundreds as high-end restaurants closed in hard-hit areas. Lacking a steady gig, some found the scratch to invest in a trailer or truck, tried their luck on the road, and the food truck became an emblem of the new casual on the dining scene.

By the time the craze reached San Antonio, it was a full-fledged movement. We didn’t get on board late just because we’re slow (yes, negotiating city permits made for a rough start downtown), but rather, having missed out on the worst of the hard times, our chefs weren’t being dislodged from their kitchens like coastal cooks. Besides, we already had taco trucks, and had been casual from the get-go.

Taking a cue from mobile taquerías parked at bars rather than pricey food truck parks, The Queen of Smoke holds court in front of The Brooklynite Thursday and Friday nights with a selection of sandwiches and plates that won’t drain your wallet. The project of chef/owner Thimothy Penn, The Queen specializes in smoked brisket and New Orleans-style cooking; both not uncommon fare from SA trucks. But smoked prime rib? Where can you get that? Though popular from Memphis to Austin, smoked PR hasn’t caught on in SA, except at The Queen, where an 8-ounce slice with two sides, au jus, and horseradish sauce is to be had for $10. The heftier 10-ounce slice with fixin’s runs $12. 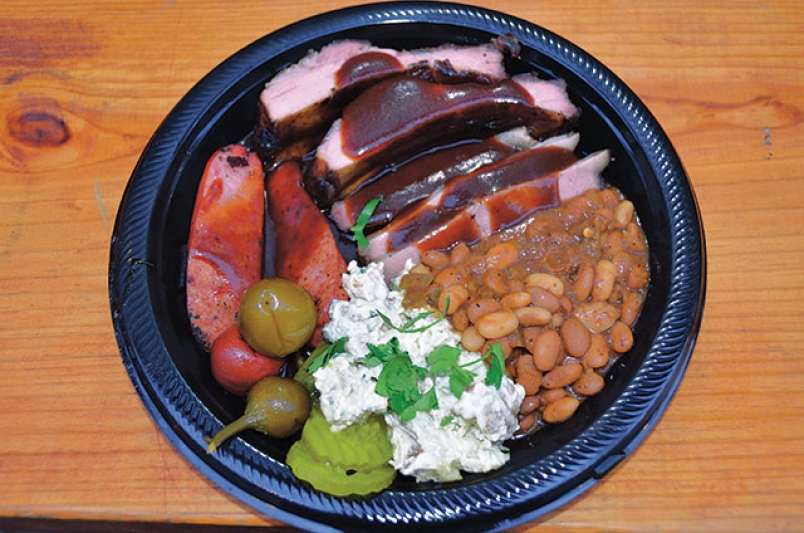 The backbone of the operation, however, is the barbecue brisket, which Penn smokes for 22-24 hours offsite. Like the prime rib, it’s delivered medium rare, and firm, not soggy, in the middle. Brisket is available on a Kaiser roll ($6), plated with beans and potato salad ($9), or to-go at $10.50 a pound. It’s also available in a combo plate with St. Louis-style smoked ribs (the meaty ones), sausage, and two sides ($12). Moistening the meat in red wine rather than water is one of the techniques that Penn brings from his years — over 25 of them — as a pro. He started at age 16 in a kitchen with three-dozen Germans, worked his way up to executive chef, and has done the kitchen tour in Dallas, Chicago, New Orleans, and France. After 10 years as an executive chef for Marriott Hotels, where, says Penn, “I had to have meetings with executives a month ahead of time just to change an item on my menu,” he now enjoys what he calls, “the pirate life.” The changing menu is controlled by his tastes and market availability; changes are made with a swipe of the blackboard and a piece of chalk.

There are some constants, though. Barbecued jumbo shrimp in a tangy N’Awlins sauce make a great opener as an appetizer (three pieces at $6.50, or with grits for a buck more.) Plates of five shrimp with a slice of baguette run $10 — less than the price of a small sandwich at more than one food truck we frequent.

Many of The Queen’s plates are rushed inside The Brooklynite and enjoyed with their famous cocktails. With experience as a wine-broker in addition to his kitchen skills, Penn is happy to make suggestions on food and wine pairings for the many orders that are placed to go.