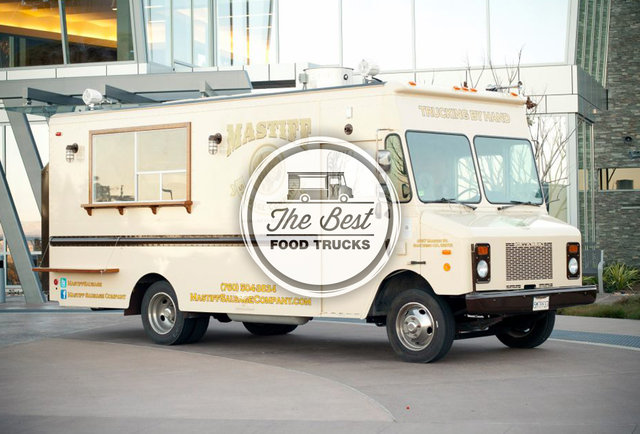 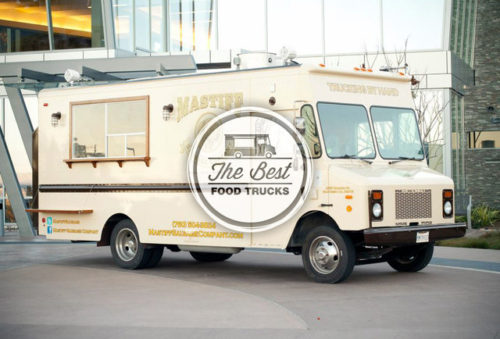 Some people like to approach food trucks stalker-style and hunt down their favorites, while others are too hungry to bother with just one, waiting until they gather en masse at a festival. Still others just happen to stumble upon one (or into one) coming out of the bar to get the late-night grease they hadn’t even realized they needed. Whatever your style, here are eight can’t-miss trucks there to help your physique begin to resemble one. 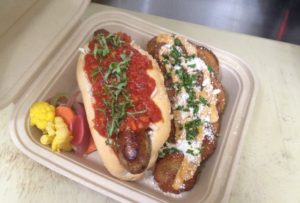 Mastiff Sausage Company
Where to Find It: These guys are all over the place, but you can often find them at Green Flash Brewing Company, the Downtown food truck gathering, or in the UTC on Towne Center. Keep track via Twitter.
Dish to Get: Making their own gourmet sausages from only the freshest meats, Mastiff Sausage Company is the work of two Encinitas natives cooking up (thankfully non Mastiff-based) sausage-centered dishes all over town, like Beer Bratwurst with pork topped with caramelized onions, crispy bacon, and homemade whole grain mustard. 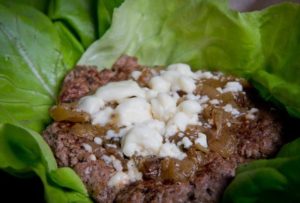 Where to Find It: Their dishes cater to Crossfit locations all over SD; you can also find them at the University Food Truck Gathering and La Mesa Fridays, among other spots around town. They update their schedule on their website.
Dish to Get: This is San Diego’s first Paleo-friendly food truck (for your caveman friends), serving only locally sourced meats and organic fruits and vegetables in their list of sandos. They’ve got everything from bison to wild boar, but try the elk burger stuffed with sautéed sweet onions, portobellos, and chopped bacon topped with chipotle ketchup. 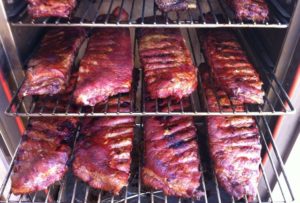 Where to Find It: When they’re not frequenting BBQ competitions, you can find these guys parked outside Butcher’s Brewing. For the exact schedule check out their website or their Twitter.
Dish to Get: This is the place to get award-winning Southern-style ‘cue from a competitive BBQ team on the go. If you like heat, their ABTs are a spicy brisket- and cheese-stuffed, bacon-wrapped jalapeno kick in the mouth, and for a sweet finish, they have an ever-changing selection of desserts, like Bailey’s chocolate stout truffles and Fireball cake balls. 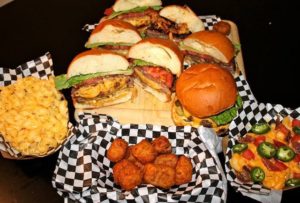 Where to Find It: The truck roams all over Downtown locales like Horton Square, or hits breweries like Ballast Point and Societe. Track them on Twitter.
Dish to Get: Stuffed is on a mission to stuff you with delicious… stuff like Boom!, an organic grass-fed burger piled with mac n’ cheese, American cheese, peppered smoked bacon, and Stuffed! sauce. They also have “other stuff”, like endless variations of mac n’ cheese. Pick either a traditional or spicy sauce and any combination of six different add-ins, like fried onion straws and peppered smoked bacon. Finish off the meal with their fried Oreos, if you can. 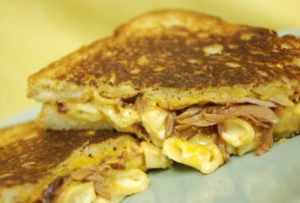 Where to Find It: These guys are all over town, from the intersection of Greenwich and Shoreham Pl, to the Downtown and South Park food truck gatherings, to the Westfield Mission Valley Mall. Keep up-to-date via their Facebook page.
Dish to Get: GreenGo takes the cheesy gooey goodness of a grilled cheese to the next level with a variety of queso-filled sandwiches, like the GreenGo 2 the Toilet. This less-than-appetizingly-named sando starts with their Basic 5 or The Carnivore, then adds goat cheese, applewood bacon, sausage, roasted bell peppers, arugula, smoked jalapenos, and three of their made-from-scratch spreads. 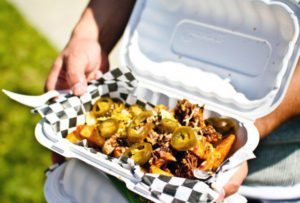 Where to Find It: You’ll find these dudes at the SD Brew Project/57 Degree Food Truck Extravaganza and the Mira Mesa High School food truck gathering, among other places. Follow them on Twitter.
Dish to Get: They’re known for their slow-hickory-smoked BBQ served piled on one of their Super Q Originals, with either pork, brisket, or chicken between grilled sourdough topped with mac n’ cheese, sautéed onions, and melted cheddar. Order one up and you’ll see why. 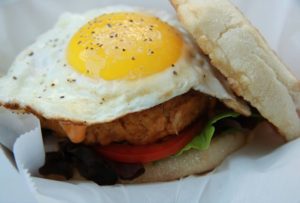 Where to Find It: Frequenting the Mira Mesa High School food truck gathering, Thorn St. Brewery, parked outside the Gala Foods in South Park, and about a million other places in San Diego. You’re bound to run into this truck at some point merely by accident, but seek them out on their website.
Dish to Get: So good it’s bad (or is it so bad it’s good?), Devilicious is known for its butter-poached lobster grilled cheese with melted jack and cheddar cheeses, caramelized onions, and Roma tomatoes on freshly baked sourdough. 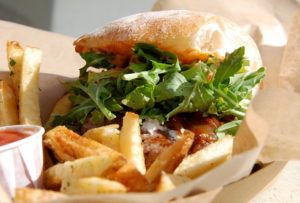 MIHO Gastrotruck
Where to Find It: If you aren’t lucky enough to be invited to one of the private events they’re catering, you can often find them outside the Whistle Stop Bar in South Park. Follow them on Twitter to see where they’ll be next.
Dish to Get: MIHO’s crew uses their “farm to street” (also common among runaways from rural towns) to keep their fresh menu constantly in flux, so try anything from burgers and squash blossom quesadillas, to jerk chicken and cochinita pibil tacos.