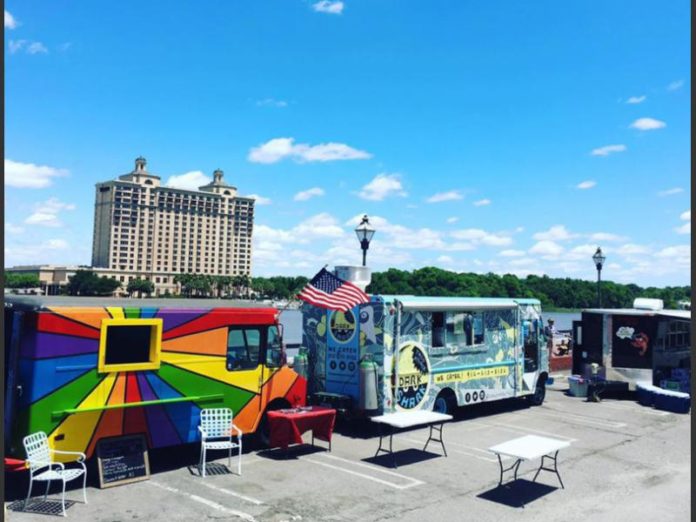 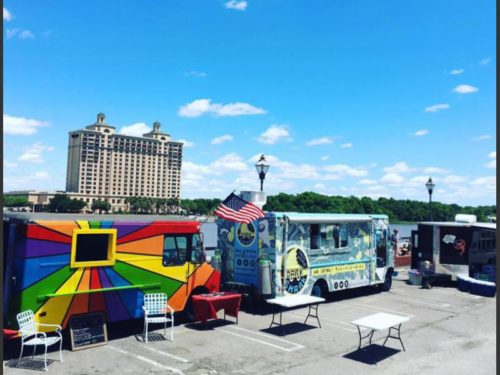 A couple of months ago, I was working on a food truck episode of our television show, “Eat It and Like It” (7:30 a.m. Sundays on WSAV-TV).

I had plans to talk to some truck owners, the city of Savannah and maybe some restaurant owners who were opposed to the idea of having mobile restaurants parked all over downtown Savannah. If you have followed the journey the last few years, that was a powder keg a few years ago. No “brick and mortar” restaurant owner wanted a food truck parked outside their door on a Saturday afternoon. How could it not affect their bottom line? Certainly understandable.

But the more I talked to people about it, the more I learned that the opposition from Savannah’s food and beverage establishment had fizzled out. The momentum for a food truck culture was picking up speed. City council saw the need to address the issue and create an ordinance, and the beginning of an era was truly underway.

This Sunday’s first true Food Truck Festival at Emmet Park in downtown Savannah is going to be our first peek at what these rolling kitchens will be like when they are all lined up in one spot. I’m told there could be anywhere between 15 and 20 trucks, with all kinds of different food options you can eat and like.

So what exactly does this mean for the future of rolling restaurants in our area? And in the bigger picture, how will this help our already growing food scene?

“I travel to other cities with strong food truck scenes,” says Paul Kennedy, a local caterer who recently purchased a food truck because he wants in on the growing trend. “When I’m with my family in Johnson City, Tenn., we sometimes plan our afternoons on vacation around where we might find food trucks. They are great. It’s coming here.”

Kennedy presents a unique perspective when it comes to the potential of trucks in the area.

“My friends (restaurant owners) aren’t gonna agree with me, but I bet if you put a group of food trucks near a group of restaurants, over the long haul, everyone’s revenue will go up,” he says.

With that in mind, the city is looking at allowing the trucks to park around Ellis Square from 11 p.m. until 4 a.m. Thursday-Sunday (overnight Saturday). The idea is that if everyone has a place to gather to find a wide variety of food, it will inherently attract more people. Most of the spots to eat downtown are closed that late, anyway.

“This is going to create a culinary buzz,” Kennedy adds. I can’t disagree.

The idea of having trucks parked during the week at Daffin Park is another winner in my book. The plan right now is to have three trucks parked there from 8 a.m. until 9 p.m. If you’ve ever contemplated approaching the Victory Drive area between Bee Road and Thunderbolt at lunchtime, then you know what a snarl that can be. Having a few options under a tree at the park will be fantastic. Not to mention food and drink options for the people actually enjoying the park.

Truthfully, I had two huge fears once we saw that food trucks on our streets were a “when” not an “if” last year. I thought we’d have a lineup of trucks that were spin-offs of brick and mortar restaurants. All I heard for some time was that practically every restaurant owner in town was buying a truck and getting ready for the day when they’d be allowed on the street. I had been hoping for the kind of variety you see in cities like Austin, Texas, or Southern California. It would be incredibly premature to compare anything in this area to those food scenes, but what we’ve seen around here is pretty inspiring.

“I think there is a large difference between ‘food truck’ food and ‘brick and mortar’ food,” says Brian Maher with Dark Shark Taco Truck. “You can be very bold with a food truck. There is a lot more room for expression with a truck.

“You can take some risks and if it doesn’t work, you can change it up next week.”

That doesn’t mean we are going to get anything out of the ordinary from these guys. Ultimately, the idea is to appeal to the masses. The one example I like referring to is a truck in Austin that does nothing but eggs. Egg salad, egg sandwiches, scramblers and more. All egg based. That’s their niche and it works. That is the kind of creativity I hope we see here in Savannah one day and frankly, I think we will. You can find a chicken finger in any one of 1,000 spots in Savannah. Do you really need one off of a food truck just to say it was? No, not really.

My other fear was the number of trucks. I thought we’d have the Great American Race going on all over town once the city gave the green light. It doesn’t appear that will be the case. At least not at this point.

“We aren’t limiting the number of permits right now,” says Bret Bell with the city of Savannah. “We just aren’t seeing that kind of demand.”

Of course, that could change once the city signs off on food trucks officially, and it probably will. Not everyone is willing and/or able to shell out the kind of money it takes to put a truck on the street without knowing for sure if they will even be allowed to operate in the city.

“Trucks can range on the low end from $3,500 all the way up to $30,000 or more for fully equipped and wrapped trucks,” says Ryan Giannoni with the Savannah Food Truck Festival. “The most important thing someone can do is talk to us about how to go about doing getting a truck. If you build a truck and have 50K in it … There is no exit strategy. Start with a simple build and add on as you make money. That way, God forbid you get sick or hurt, you won’t go bankrupt while you aren’t able to work the truck.”

The passage of new rules governing the trucks will undoubtedly lead to more applications to get them on the street. Which can only benefit the truck scene.

Sunday’s Food Truck Festival should be fantastic. In addition to the trucks, there will be live music, cornhole games, crafts and other booths. It’s been a long run, but it’s fantastic to see everyone getting on the same page regarding these trucks. Long overdue and ultimately, the winner is our city.

See you on TV,