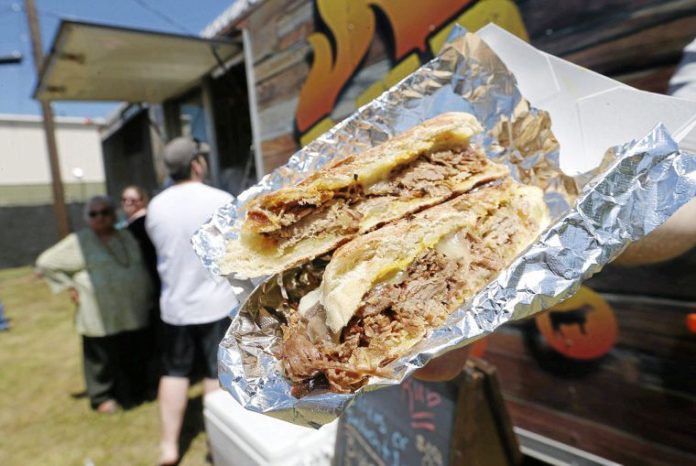 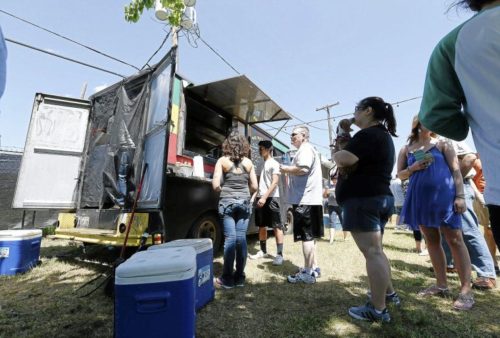 A permanent full-time food truck court in the Pearl District has met all zoning requirements to move forward.

And more than 25 of the local trucks that will frequent the park will be out serving their specialties at two downtown events this weekend — the Blue Dome Arts Festival and The Hop Jam. All of the great street eats will be represented.

The Park in the Pearl food truck park received the necessary variances from the Board of Adjustment this week to start having daily food trucks at 418 S. Peoria Ave. in addition to live music, said Josh Lynch, owner of The Dog House and Crunch food trucks.

Organizers hope to have the park open in one or two months, Lynch said.

They plan to have four or five trucks serving at the park for both lunch and dinner.

“We hope to swap out the trucks, so if you show up for lunch and dinner there will be different trucks there in the same day,” Lynch said. 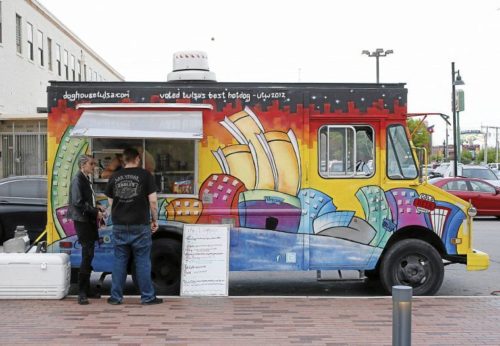 Local food truck owners have expressed a lot of interest in wanting to be a part of The Park in the Pearl, Lynch said.

“Literally everybody has been hitting us up,” he said, adding that organizers are going to develop guidelines for participating trucks.

Although the park has met zoning requirements, it also will have to be in compliance on other matters before opening, such as mobile vendor ordinances and health regulations, said Susan Miller, director of land development services for the Indian Nations Council of Governments.

“I’m really excited,” Lynch said. “We’re finally getting to bring something here that they have in other big cities that has flourished.”

Lynch will have his newest truck, Crunch, which sells various types of nachos, at The Hop Jam on Sunday. He will have The Dog House gourmet hot dog truck at the Blue Dome Arts Festival Saturday and Sunday.

Here are all the local trucks that will be at those events.

Food trucks at The Hop Jam:

• Back Street / Everything Bacon