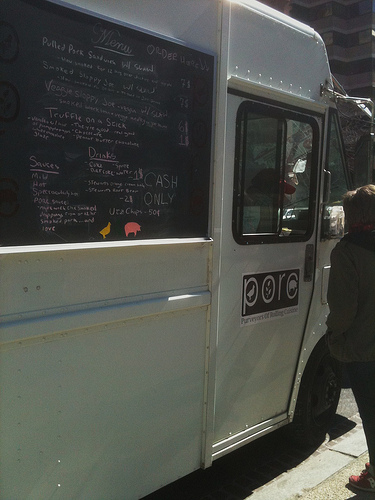 That’s the question local truck owners have posed to both NBC Washington and The Post after DPW created a two-officer unit to focus on these culinary vehicles, which can exceed the two-hour meter limits during busy periods.

DPW says it is responding to community complaints that vehicles too often violate the city’s parking limits. The food trucks, meanwhile, believe they are being unfairly targeted. Some offered evidence that enforcement officers have ignored private cars at apparently expired meters.

It is the latest public debate surrounding food trucks, a relatively new, popular and sometimes controversial presence on the city’s streets, which have long been dominated by the old-line hot dog vendors.

After the jump, DPW responds to several questions The Post sent to the department on Dec. 21. I also asked Josh Saltzman, co-owner of thePORC food truck, to give his take on those answers.