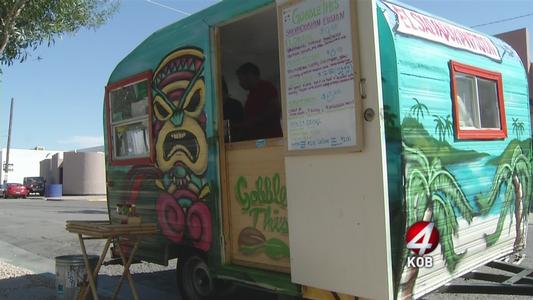 New changes to an existing ordinance could be coming to make things all around easier for food trucks in Albuquerque.

Some food truck businesses have said the current restrictions were so detrimental it forced them to shut down for good.

“It sounds like the ordinance is working toward a common ground that protects both brick and mortar restaurants and food trucks.” Julian Griego said.

Griego has been in the food truck industry for years. He remembers the progression of rules the city has put in place.

Since September 2015 the city has ordered food trucks to stay 100 feet away from restaurants.

Proposed changes to the ordinance would reduce that to just 75 feet and only impose the restriction during business hours. That means when restaurants are closed, food trucks can park wherever they want.

Both changes are something Griego says the food truck community has been working hard toward.

“They’ve been very active in trying to make sure that those ordinances are changed to be, to work for both restaurants and food trucks,” he said. “I think that’s what everybody wants, is something that’s fair.”

We tried to call the New Mexico Restaurant Owners Association to get their take on the changes, but still have not heard back.

The proposed changes are going to a vote at Monday’s city council meeting.

Councilor Isaac Benton said it’s likely the changes will pass unanimously, from there is up to the mayor for final approval.