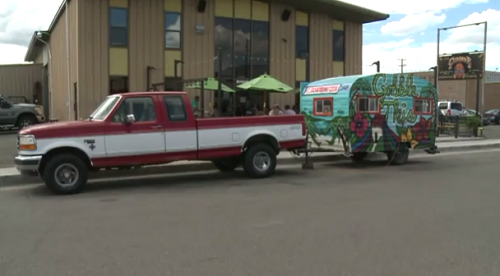 Albuquerque City Council members will vote on a proposal to allow food trucks to park even closer to restaurants.

Final action is expected to be taken at the council meeting Monday night that would change the current buffer separating restaurants and food trucks.

According to Councilor Isaac Benton’s policy analyst, the ordinance allowing a 100 foot buffer passed in 2015.

Council will be voting on an amendment that would reduce the separation from 100 feet to 75 feet.

It would also waive the requirement to stay that far away outside of business hours.

In addition, if the restaurant that the food truck is parked outside of closes early, then the truck will be allowed to park closer than 75 feet in front of it.

Benton’s policy analyst adds that this change was based upon input from food truck vendors and the Albuquerque Police Department. Also, because of many restaurants downtown closing early.