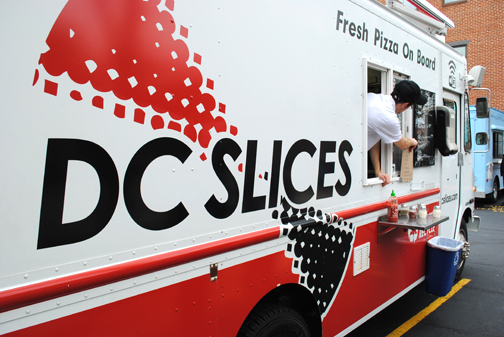 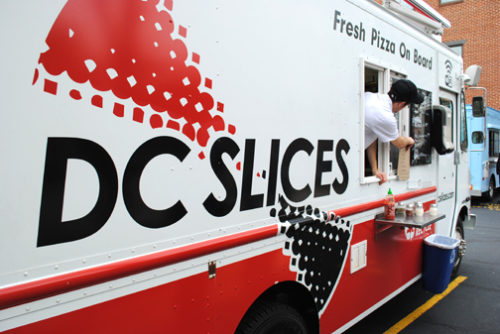 Food trucks are revving their engines, ready to roll out in Alexandria despite recent setbacks.

As city officials discuss letting food trucks operate in Alexandria, the popular mobile eateries remain banned on private and public property in the city, with the exception of construction sites. Yet armed with updated special event and health code permits, food trucks can make occasional appearances in the Port City.

But making the trip without authorization can be costly. Several food truck operators learned that lesson the hard way when they began cooking up meals at a West End fundraiser earlier in the fall.

According to Dog Mahell, owner of Doug the Food Dude, the trucks serving at the fundraiser were “under the impression that any permit they had covered food.”

The incident underscored the ongoing debate regarding the role of four-wheeled eateries in Alexandria. That discussion began in earnest in 2011 when two food trucks served up lunch in north Old Town in violation of city code.

This year, local officials agreed to set up a task force to examine the issue. The move came after city staff floated a proposal to allow food trucks free reign in much of Alexandria, which left local restaurateurs steaming.

Many worried the proposed regulations gave interloping food trucks an advantage over brick-and-mortar establishments. Others argued more study was needed before opening the city up to mobile restaurants.

“I personally am not opposed to the food trucks in entirety; however, prior to opening the gates to later attempt curtailing a runaway beast, all need to clearly understand how it will affect business, residents, the parking and the city as a whole if the number of trucks proposed are permitted in [Old Town],” wrote Meshelle Armstrong, of the Eat Good Food Group, in a letter to City Hall earlier this year.

The city manager’s 10-member task force met again last month to discuss the possibility of food trucks in the Del Ray area, but with no residents from the neighborhood in attendance, the focus turned to Alexandria as a whole.

Despite many people claiming food trucks will find success in the Port City, others remain skeptical. Lori Quill, a task force member, wondered if Alexandria is dense enough to draw the crowds that flock to food trucks in Washington.

“From our perspective, it takes a mix of all locations to make it work,” said Doug Povich, chairman of the DC-Maryland-Virginia Food Truck Association as well as a member of the city task force.

While there is concern that food trucks could hurt local brick-and-mortar restaurants, Che Ruddell-Tabisola, co-owner of the BBQ Bus, thinks the risk is overstated.

The Alexandria City Council is expected to review food truck regulations early next year, after the task force presents its recommendations.