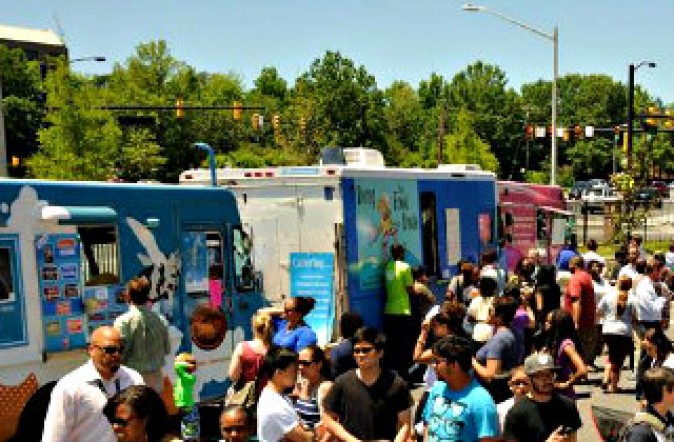 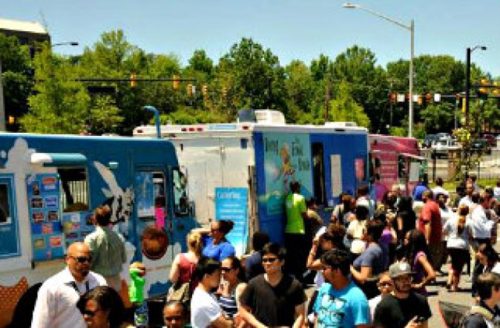 After eight months of public hearings and debating the pros and cons of food trucks, the city of Alexandria drafted a proposal to regulate them.

By a 3-2 vote, the city council gave preliminary approval to a food truck ordinance at its meeting Monday night.

The ordinance, which may still be changed at this point, defines mobile food trucks and vendors, requires them to obtain a $100 license and places restrictions on where, when and how they can operate.

They won’t be allowed to set up on Broadway between Third and 10th Avenue, and can’t operate in city parking lots or within 150 feet, about half of a block, of any existing restaurants.

The issue of food trucks taking away business from local, tax-paying restaurants was a sticking point at past public hearings and again on Monday night.

Council member Virgil Batesole said the ordinance, which was recommended by the planning commission, appeared to protect the downtown restaurants but not ones in other parts of town.

Council member Todd Jensen, who serves on the planning commission, explained that the Broadway restriction was recommended as a public safety issue, not to protect restaurants. The commission also didn’t want food trucks taking up the limited parking spaces on Broadway, added City Planner Mike Weber.

Batesole also disagreed with the $100 license fee, saying that it was a trivial amount compared to the property taxes restaurants pay.

Jensen made a motion to aprove a preliminary first reading of the ordinance and to have a second and final reading at the council’s next meeting on May 26 without holding another public hearing.

The planning commission recommended food trucks to be at least 150 feet away from the property line of existing restaurants if parked on a public street but they could be located on private property with the owner’s permission.

Council member Bob Kulhman amended Jensen’s motion to keep the trucks 150 feet away from restaurants if parked on private property as well.

City Attorney Tom Jacobson said the council would be “skating on thin ice” by applying the restriction to private property.

Kuhlman’s amendment passed 3-2, however, with Kuhlman, Batesole and Dave Benson voting yes while Jensen and Bobbie Osterberg voted no.

Jensen’s motion to approve the ordinance then passed by a 3-2 vote, with Osterberg and Batesole voting against it.

Other restrictions in the ordinance:

–Only one unit may vend within a city public park.

–No vending activities within 300 feet of a community event unless specifically authorized by the event sponsor.

–No unit may occupy more than two parking spaces.

–Food trucks won’t be allowed on sidewalks, traffic lanes or other locations which obstruct traffic.

–Food trucks must sell items from the side of the vehicle away from moving traffic and as near as possible to the curb or side of the street.

–No food trucks are allowed within 60 feet of an intersection of two or more streets or within 30 feet of a driveway that enters a public street.

–Food trucks can’t connect to public utilities or park overnight in a public right of way.

–Food truck vendors can’t use signs that aren’t directly attached to their vehicle or trailer. No flashing or intermittent lighting is allowed.

–Any generators must be self-contained, screened from view and operate at no more than 70 decibels.

–Vendors can’t call attention to their truck by crying out, blowing a horn, ringing a bell or creating other amplified sounds.

–Vendors must provide waste receptacles and clean their site of all garbage before leaving.

Some food trucks will not have to obtain a license – those operating under a special event permit issued by the city, licensed caterers and food vendors at the Douglas County Fair.

–The sixth annual Ride of Silence on May 20 from 6 to 8 p.m. The five-mile, silent ride will start at Big Ole Park and go on the Central Lakes Trail and County Road 44 to raise awareness of bicycling safety and to remember those who were killed or injured in bicycle-related crashes. The ride is observed worldwide on the third Wednesday in May, explained organizers Brad and Sue Dumm. They added that the one in Alexandria could be the largest in Minnesota. The Dumms organized the Alexandria ride after their son was killed while biking to work in the Twin Cities six years ago. Everyone is welcome to join the ride.

–Mental Health Month Walk on May 21 from 12:30 to 2:30 p.m. The goal is to stomp out stigmas about adult mental health. Participants will meet at Big Ole Central Park, walk down Broadway to City Hall and then back to the park.

–Alexandria Blue Anchors home baseball games. The team requested the city to block off Elm Street from Fourth to Fifth Avenue two hours before the start of its games. The street is needed to unload buses and to set up operations.

–VFW Memorial Day Parade on May 25 from 9 a.m. to noon. The route, if approved by the Minnesota Department of Transportation, will start at Ninth Avenue and Broadway, proceed north, crossing over Third and Second Avenue, and continue on Agnes Boulevard to Kinkead Cemetery.

The council approved a purchase agreement to buy the vacant lot at 409 Elm Street, across from Knute Nelson Field, for $10,000.

There used to be a house on the property but it was destroyed by fire in 2014. All the debris has been removed. The lot is owned by Jonathan and Kassondra Anderson.

The city plans to convert the property into a parking lot that will help alleviate parking during events at the baseball field.

The money will come out of the city’s capital improvement fund.

Long-time city administrator Jim Taddei, who retired in 2013, may soon be serving the city in a new way – as a member of the charter commission.

The council recommended a district court judge to appoint Taddei to the position to fill the term of James Korkowski, who resigned.

The seven-member charter commission makes recommendations to the council to make sure the city is following the charter, which is often referred to as the “constitution” that guides how the city operates.

The council amended the city code for taxicab driver licenses. The existing code requires drivers to obtain a medical doctor’s certificate showing they are free from any physical or mental infirmity that wouldn’t allow them to operate the cab safely.

The amendment allows drivers to provide a Minnesota Commercial Driver’s License (CDL) instead of the medical certificate.

The council gave preliminary approval to amend the city’s fee schedule for 2015.

The state is reducing its surcharge on building permit fees from $5 to $1. The council decided to keep the total fee amount at $40, charging $39 for its portion of the fee and adding the state’s $1 surcharge.

The council also included the new fee of $100 for mobile food truck vendors.

Batesole once again objected to the small fee amount. Jacobson told the council that the fee must be based on the city’s actual cost of administering the fee. Comparing fees, he said, is irrelevant.

City Administrator Marty Schultz said that if the city ends up spending a lot of time checking the food trucks for compliance issues, such as being 150 feet away from restaurants, the city could adjust the fee later.

The council approved a grant agreement with the Minnesota Department of Transportation (MnDOT) that provides funding for maintenance and operational activities at the airport.

The grant was increased from $58,505 to $71,110. It will cover more than half of the city’s annual operational budget for the airport.

The council gave final approval to a change in the city’s classification and compensation structure to comply with state pay equity rules.

The change is a statistical adjustment for the future and doesn’t impact the actual pay of any existing city employees.

The council was informed about a change in the special event permit issued to the Harley Owners Group (HOG). The 2015 Minnesota HOG Rally on Saturday, June 27 will begin 30 minutes earlier, at 5:30 p.m. instead of 6 p.m. Police will assist in blocking traffic to allow a moving escort through town. About 500 motorcycle drivers are expected to participate.