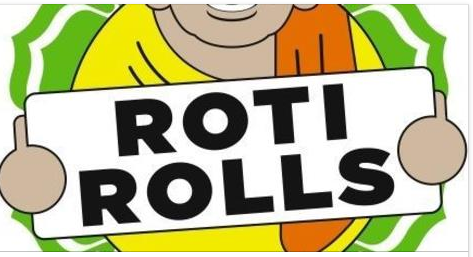 One of the top food trucks in Charleston is making plans to hit the Atlanta streets. Roti Rolls announced its intentions on Facebook Wednesday morning, revealing a second truck to expand its business. Chef Cory Burke and Suzanne Dieter make up the duo behind the “farm-to-truck” fare and founded their business in 2010.

It’s not the food truck’s first time coming to Atlanta. Roti Rolls previously paid a visit for Shaky Knees 2015. Burke turns out a variety of cuisines, covering Asian, Indian, Caribbean, and Southern fusion in wrap form. It’s such a hit in the Holy City, Eater Charleston named Roti Rolls as one of the best food trucks in town. 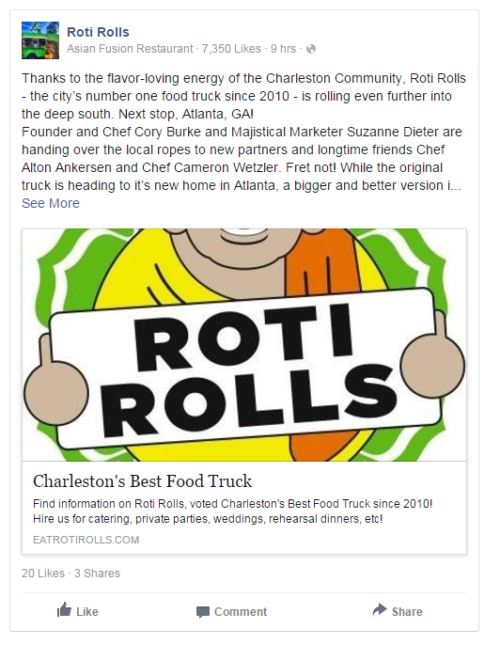 Home of the famous “Thurman Murman,” Roti Rolls has served up overstuffed Asian flatbreads since 2010. Seek them out if you’re a fan of kimchi, short ribs, macaroni and cheese, or curried vegetables.

Burke and Dieter’s restaurant on wheels has been honored by Forbes as well, recently checking in at No. 6 on the publication’s list of the best food trucks in America. Roti Rolls will come to Atlanta following a late-February send-off party in Charleston.