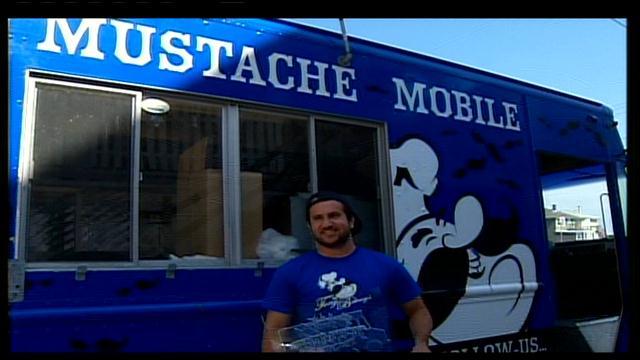 Once they’ve tried it, they keep coming back.

Tony Boloney’s opened with a simple plan: thaw out frozen food to serve to the construction workers building Revel. But for owner Michael Hauke, that wasn’t enough.

And now the little pizza joint in the shadow of Revel is gaining national acclaim, winning the “Truckin’ Amazing Cookoff” hosted by Kelly Ripa and Michael Strahan.

“It’s absolutely huge,” said Hauke. “The fact that we won this competition. They started with I think 2000 food trucks, then they whittled it down to ten then to two and then we won it.” He says the win is also a victory for Atlantic City.

“The fact that AC was able to beat competitors from New York, Miami, from Chicago – you name it, very successful food truck markets. It’s exciting.”

What makes Tony Boloney’s success more impressive is that they’ve done it in an area where there really aren’t other successful businesses. It’s a challenge owners say they’ve taken in stride.

And with an expansive, ever-changing menu, customers say they’ve got plenty of reason to come back for more.

“We’re trying to work our way through the menu but Mike keeps changing the menu. We keep telling him to knock it off,” joked one regular.