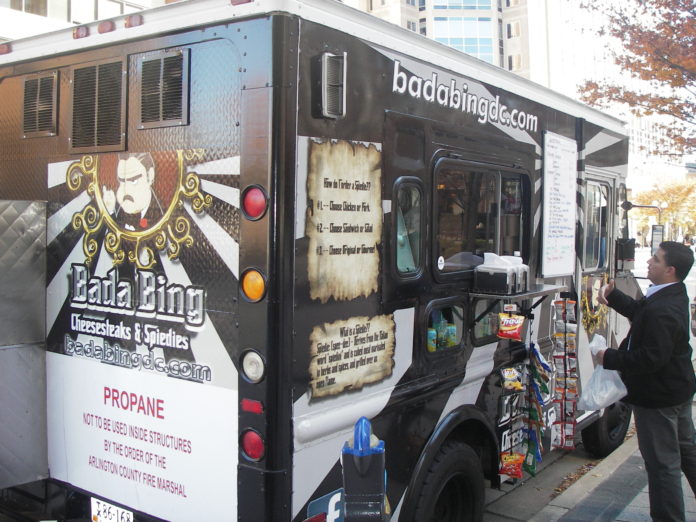 On a recent adventure through the corporate jungles of Arlington, I stumbled across one of the area’s newest food trucks, Bada Bing Cheesesteaks & Spiedies. Although the truck has plans to cross the river into the District, Bada Bing is NoVa-bound for now, serving up classic Philly-style cheesesteaks (you know, wiz wit) and both original and gourmet spiedies.

What the hell is a spiedie?

Good question, I didn’t quite know either. It comes from the Italian word “spiedini” which refers to anything cooked on a skewer. The sandwich, which has its origins in upstate New York, features cubes of either pork or chicken marinated in a blend of herbs and spices and then cooked over an open flame. Just like the sandwich, chef Nicholas Terzella and his crew call upstate New York home. They’ve made their way down here from the city of Binghamton.

I got a chance to talk with Terzella’s brother, Chris Terzella, about the first two weeks of business. Terzella said that just yesterday a change had been made in the bread used on both the cheesesteaks and spiedies; they’ve switched from standard bakery rolls to the famous Amoroso’s rolls shipped straight from the City of Brotherly Love.

Having now tried both a cheesesteak and an original spiedie, I’m hoping Bada Bing will make its District debut sooner rather than later. 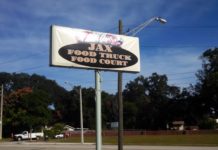 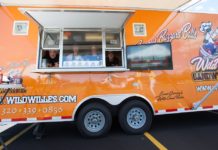 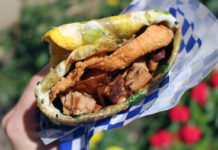