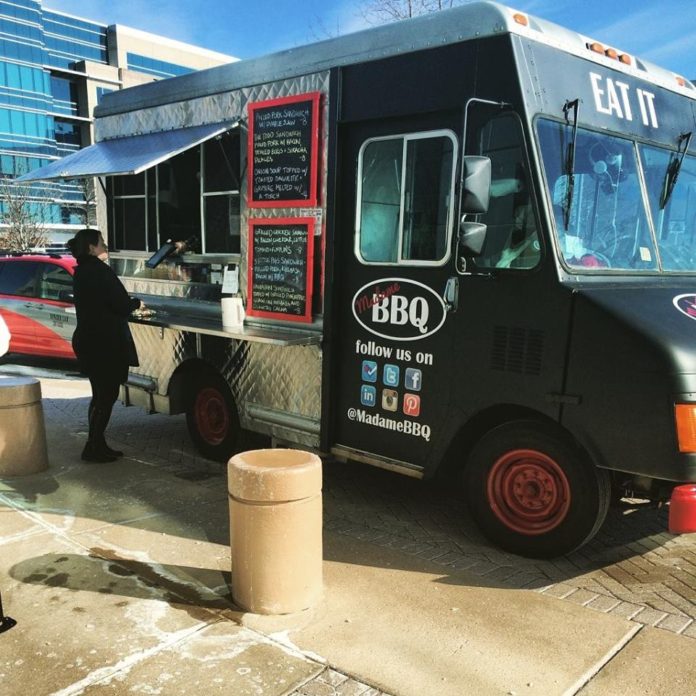 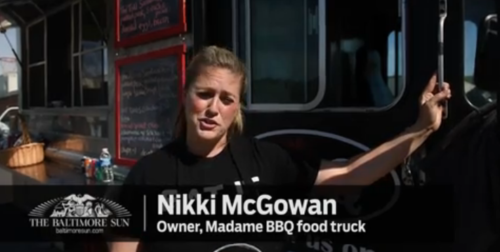 The turf battle brewing in Baltimore involving the city’s food trucks is one that is playing out across the country as mobile vendors fight to park where they want, when they want.

Food truck owners Nikki McGowan and Joey Vanoni teamed up this month with a national legal advocacy group to sue the city of Baltimore, contending that a rule that prohibits mobile vendors from operating within 300 feet of businesses that sell similar products is an unconstitutional, protectionist measure.

Parking restrictions on food trucks have affected entrepreneurs as close as Baltimore County and as far away as San Antonio, where a law similar to Baltimore’s buffer rule was repealed last year after a challenge from the same group at work in the Baltimore case, the Institute for Justice. Closer to home, Baltimore County doesn’t allow food trucks to park within 200 feet of restaurants. And the Annapolis city council is considering a bill that would expand the areas where food trucks can park but prohibit them from setting up within 100 feet of an established restaurant.

“From a national level, you’re seeing a major amount of push-back toward inefficient and inconsistent issues that are holding back this industry from growing as fast as it could,” said Andrew Alvarez, an industry analyst with the international market research firm IBISWorld.

Baltimore’s buffer law was enacted as part of a swath of measures to regulate the burgeoning local food truck industry. And some restaurant owners support the rule that prohibits food trucks from pulling up in front of their businesses. Brian McComas, president of the Federal Hill Hospitality Association and owner of Ryleigh’s Oyster, said it’s not about the competition.

“I actually support food trucks from the perspective of the culinary experience and the food scene of Baltimore City,” he said.

Rather, he said, it comes down to the commitment that brick-and-mortar restaurants make to the neighborhoods in which they are rooted, and the price they pay to do business there.

“I don’t see anything constitutional about parking your food truck or mobile restaurant within those distances of restaurants that are there 365 days a year, paying taxes, utilities, et cetera,” he said. “We’ve decided to be there every day of the year. We pay taxes, and unless they can tell us otherwise how that would work, why would we even want them taking a parking space?”

That’s especially true in areas like Federal Hill, where bars and restaurants are concentrated and parking comes at a premium.

Matt Geller, founder of the National Food Truck Association, said much of the controversy surrounding food truck regulation stems from the fact that the industry is relatively young. The U.S. food truck industry is worth $857 million, according to a September 2015 report by IBISWorld, with annual growth of 9.3 percent.

“This is such a new industry, so people have these weird things they believe to be fair or unfair,” said Geller, who is also CEO of the Southern California Mobile Food Vendors Association. “People don’t know how to regulate it yet.”

Vanoni and McGowan said their lawsuit aims to benefit other food truck owners who have been relocated as a result of the 300-foot rule. The Kooper’s Chowhound Burger Wagon is another that had to relocate from one of its usual spots because of the law. The truck, which sells gourmet burgers, had to stop selling on Commerce Street at the Inner Harbor.

“We used to park there,” manager Bryan Burris said. “When Shake Shack came in, the city decided we couldn’t park there anymore.”

Now the truck sticks to some of the designated food truck zones established by the city, such as the spot at the corner of Calvert and Monument streets where the truck sets up every Thursday.

Baltimore’s buffer law is menu-specific, so just as the Chowhound can’t peddle its burgers near Shake Shack, Vanoni’s pizza truck can’t operate within 300 feet of a pizza joint.

“The law itself is discriminatory and it’s pretty clear — the fact that I’ve elected to serve pizza on a food truck should not be a factor in applying the law to me,” Vanoni said. “It’s clearly not about serving any type of public interest.”

Geller’s organization has had a hand in some regulatory changes across the country. The organization has successfully challenged laws that obstruct food truck operation in 13 cities, he said.

In California, where Geller is based, laws affecting food trucks are more uniform because street vendors have operated there longer. He thinks it’s a matter of time — combined with pressure from food truck operators and customers — before regulations in Baltimore and the surrounding counties are adjusted to support the trucks. Alvarez agreed that California has done a better job of regulating food trucks than most areas, allowing them to flourish there.

Even in food truck-friendly New York, Alvarez said, regulations are inconsistently enforced, and lengthy licensing processes make it hard for entrepreneurs to get their trucks on the streets. While food trucks often provide a way to test menu concepts before opening a brick-and-mortar location, Alvarez said he has seen many restaurateurs in New York choose to open a brick-and mortar location first after seeing the difficulties of operating food trucks.

“At least in New York, a lot of the issues that surround these up-and-coming food trucks have a lot do with — I wouldn’t necessarily say antiquated regulatory hurdles — but inconsistent and somewhat inefficient ways to go about regulating the health inspection,” Alvarez said. “You start to get the picture that there’s a massive uphill battle even in the most food truck-friendly city in the country.”

Baltimore lawmakers first began regulating food trucks in 2011, and the laws were revised in 2014, when food truck operators agreed to the 300-foot buffer in exchange for designated food truck parking zones. But even those zones don’t always offer protection. Brian Mathias, owner of the Bistro Lunch Box truck, was relocated several weeks ago by city police. His truck was parked at Baltimore and Greene streets, a designated food truck zone, when he was told to relocate because only two trucks were allowed to be there.

“I’ve opened other restaurants. I have to do everything else a restaurant has to do except I’m on wheels,” Mathias said. “Just because it’s something new doesn’t mean it shouldn’t get the detail and respect it needs.”

Vanoni, one of the plaintiffs in the lawsuit, said he has only been confronted by officers once about the location of his truck, Pizza di Joey. But the law prevents him from operating in areas of the city where he sees opportunities, such as Federal Hill.

“I’m not going out looking for a fight every day,” Vanoni said. “It has restricted my ability to move throughout the city.”

Anthony McCarthy, a spokesman for Mayor Stephanie Rawlings-Blake, called the lawsuit “much ado about nothing” and said in a statement that the city has the right to regulate public rights of way.

The Maryland Mobile Food Vending Association isn’t part of the lawsuit, but the group’s president, Dave Pulford, said he supports the effort to repeal the 300-foot buffer.

“It is a bit restrictive for them to say it’s OK for one business to operate and not another,” Pulford said.

Although the law is being challenged in Baltimore, Alvarez expects a trickle-down effect in nearby jurisdictions, like Baltimore County and Annapolis.

“That’s something I would assume is going to start happening in surrounding counties,” Alvarez said. “One of the really poignant things about the Baltimore case that might hold up is the defensibility of the regulation.”

Baltimore County Councilman David Marks, who sponsored the county’s food truck regulations, did not respond to requests for comment. Annapolis Alderman Joe Budge, who backed a bill in the city council that would lessen restrictions on food trucks in Annapolis, could not immediately be reached for comment on whether the outcome of the lawsuit could affect his legislation.

Vanoni pursued the lawsuit not just for his own benefit, but for all mobile vendors — from roving chefs to fashion trucks, he said.

“This a much broader issue than just food trucks trying to serve in a particular place,” Vanoni said. “This is about the government showing favoritism … and not applying the law equally.”