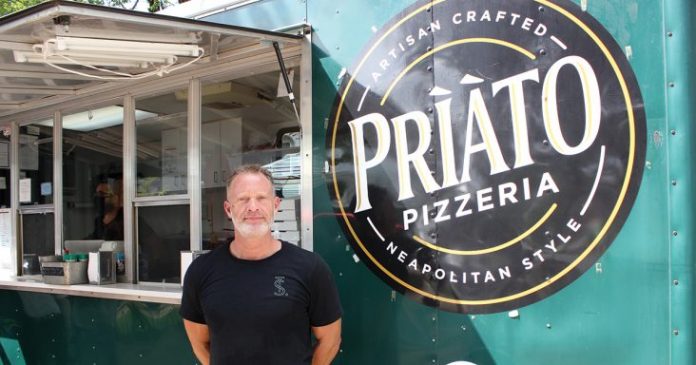 COVID-19 has changed how people dine out, and that’s especially affected restaurants initially ordered to cease dine-in service to mitigate the spread of the virus. But some foodservice businesses, such as food trucks, have had more flexibility to operate.

California has the most food truck businesses at 753, while South Dakota has the fewest at 11.

Sales for food truck Priato Pizzeria in downtown Bentonville were up double-digits in 2020 through mid-March, owner Jeff Jones said. Sales declined by about 40% between April and mid-July. Sales started to rise by the end of July, and in August, sales increased by 45%, from the same month in 2019.

May is typically the pizzeria’s busiest month, but sales took a hit that month after the Bentonville Film Festival didn’t happen as planned and the splash pad across the street was closed.

“We’re kind of coming back,” Jones said. “We’re down 12% year-to-date, so I feel it could be worse. But at the same time, last year was the worst year that I’ve ever had.”

Priato Pizzeria has two full-time and two part-time employees and was established five years ago.