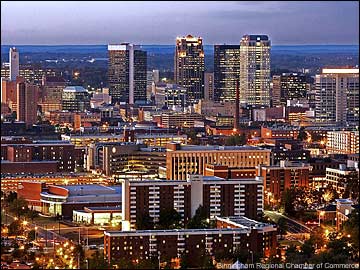 BIRMINGHAM – An ordinance to regulate the use of “mobile food vehicles” and “pushcarts” in Birmingham was delayed by two weeks, Tuesday. The sponsor of the measure, Councilor Johnathan Austin, tells Alabama 13’s Hilary Golston that “we will deal with it next week.”

Austin, who’s currently attending the Democratic National Convention, says the resolution was not available to the public. Councilor Valerie Abbott added, “I spoke with Johnathan Austin Friday night… a draft was not available.” There was a version of the draft available, according to Abbott, but “It wasn’t as ready as he was expecting it to be,” Abbott reported with a small chuckle.

Tuesday, Councilors reported Austin requested a one week delay. However, some “applicants” apparently showed up for comment. “The applicant is here,” Council President Roderick Royal said.

The 17 page document, presented in Tuesday’s agenda packet, is aimed at providing “residents and customers with a level of cleanliness, quality and safety,” when they buy food truck cuisine. The ordinance defines what “mobile food vehicles” and “pushcarts” are.

Under the plan, yearly permits would be required, with application and permitting fees.  The annual permit fee would be $500 with a $100 application fee and $25 for each food service worker. Owners operating downtown, or in the City Center have to ‘cough up’ another $300 per location.

The plan also comes with location restrictions. There would be no vending less than 230 feet from any restaurant, when it’s open. Other distance restrictions from certain events and facilities, also apply.

The food trucks have to remain truly “mobile.” “Other than as permitted within the City Center, no mobile food vehicle and/or pushcart shall have any exclusive and/or perpetual right to any location,” the document reads.

Vendors would be unable to use any equipment or lights to attract business.

If an applicant is denied, he or she may appeal to the council.

The Council is expected to hold a public hearing Tuesday, September 18 about the current version of the ordinance. Anyone is welcome.