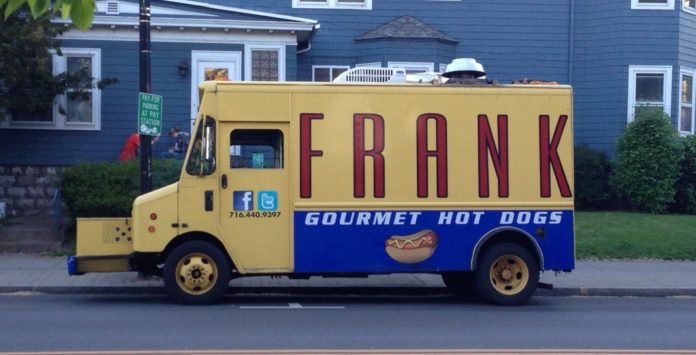 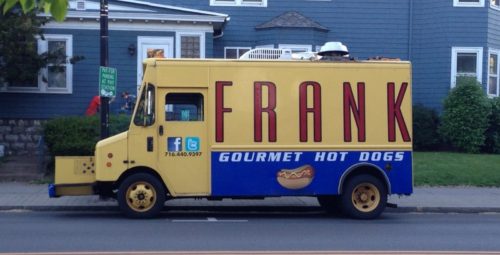 Who: Frank and Paul Tripi of Frank Gourmet Hot Dogs

Artvoice: How long did it take to make this food truck happen? Why did you decide to do a gourmet hot dog truck?

Frank: We’ve been working on this for about five years. Most people want to own a bar or restaurant at some point in their lives. I’ve been working in restaurants since I was 16 from here to New York City and back. From fine dining to neighborhood dive bars. I’ve always been into it, and I’ve always been into hot dogs and sausages. When I’m drunk and want something quick it’s what I gravitate toward. I thought this would work in Buffalo. Besides ketchup and mustard places like Ted’s and Louie’s, there is nobody out there who is really putting a gourmet twist on hot dogs. We were thinking a brick and mortar place at first but the point of entry was much higher than doing the truck, and this has worked out.

Artvoice: How did you come up with the menu?

Frank: A lot of trial and error. A couple of the menu items were just what we thought would work and we went for it. We had a couple focus groups before we opened. We tried to get the most brutally honest people we could. We weren’t sure about the Holy Moly at first [guacamole, sriracha, cilantro] but now it’s our second best seller. We weren’t sure about the Violet Beauregrade either [Blueberry BBQ sauce, onion crunch, cheddar]. It took us four different BBQ sauces to get it right but now we have it down. We like to just mess around and eat. We were in a lot better shape before we started this. As we go on, the menu is going to evolve and get more adventurous.

Artvoice: Where do your ingredients come from?

Paul: Right now our hot dogs are Sahlen’s. We get our vegetables from farmers markets as much as we can. We make our own veggie dogs [any dog can be ordered as a veggie dog]. We get one sausage from Omega Deli, which is a small local guy. No one knows about him, he only makes sausages once a week, and we’re the only one he does a big batch for. We’ve used Spar’s for their Flying Bison Beer Brats when we were at Beerology.

Artvoice: Thats cool, so you experiment based on where you’re parked too?

Paul: Yeah, depending on the event and what we need we can work in specific ingredients. We have a few contacts in New York that specialize in really funky sausages and we’re going to work those in there too. Like lamb sausages and more gamey meats. We just thought to start, you gotta do Sahlen’s because it’s Buffalo.

Artvoice: Where do your sauces come from? You mentioned the Blueberry BBQ sauce, but you also have a Tijuana Hot Cream Cheese.

Frank: We make it all. The relish, pickles, coleslaw, baked beans too. Paul makes the Tijuana Cream Cheese and the Blueberry BBQ. We hand cut the fries every morning. We pick up our bread from a baker every day, it’s a little bigger but thats because it’s actually made by a person. Besides like casing hotdogs and grinding sausages, we make everything else. And the places we get the meat from are the ones people love.

Artvoice: Do you like it when other trucks are around? Is the competition good?

Frank: Sometimes, but we like being solo. It’s cool when we do the big rodeos and it’s everybody, but to have someone park in front of us for a dinner shift it’s sucks. We’ve worked certain spots all winter.

Artvoice: Is there a lot of competition to lay claim to certain spots?

Frank: Yeah, the other day we were here [at the corner of Elmwood and Lafayette] and one of the trucks was a stones throw away, so the people walking down could see him before us. If someone was parking in this exact spot on a Thursday I might have to get out of the truck. I think we’re the two largest truck guys, so nobody will be poaching our spots. 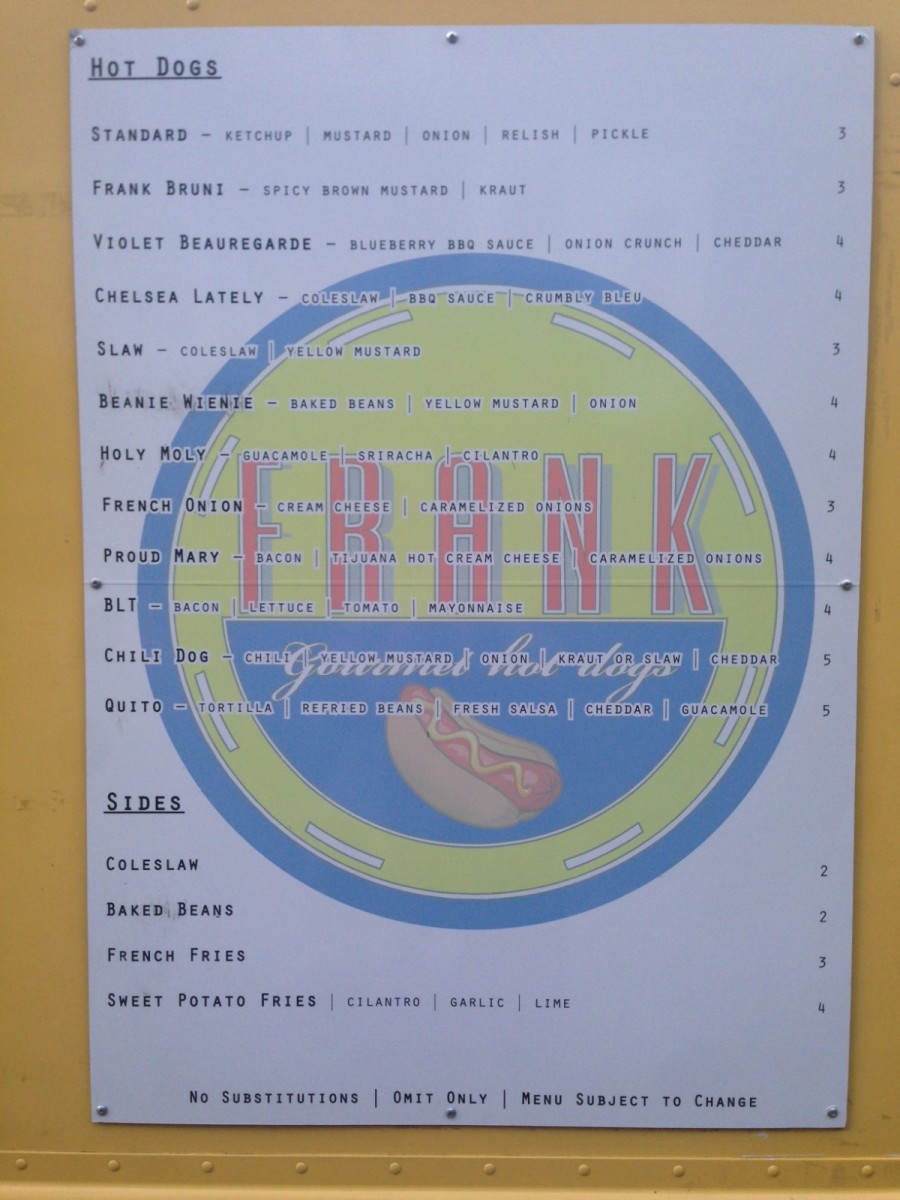