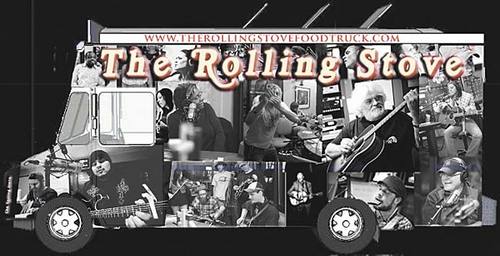 By Betsy Simon | The Dickinson Press

On the surface, food trailers are restaurants on wheels with standards as strict as any sit-down eatery.

“Food trailers have to be licensed and inspected, although because most are seasonal, they only get inspected once a year instead of twice a year,” he said. “But they have to follow by the same FDA food codes as all restaurants have to. Some of the trailers even use separate kitchens to prepare their meals if they have more extensive menus, and we have to inspect and license those kitchens as well.”

It took a month for Francisco Herrera to seal all of his permits, get health department approval and a tax ID before he could operate Carefree Catering food trailer on 15th Street across from the mall.

“I’ve been in the business for a while, so I know that it takes proper cleaning and meeting safety and health regulations in order to operate this,” he said.

Health department inspections for food trailers involve an examination of cleanliness, food storage, temperatures and preparation, storage of toxic materials, and a look at general kitchen construction and ventilation.

“Over the last couple years, the number of food trailers we’ve licensed in the area have easily doubled, if not tripled, before the energy boom started out here,” Pavlish said. “We did lose probably a half dozen from last year because they decided not to relicense, but more came in to replace them.”

“Mainly, the trailers are in Billings and Stark counties, although most counties have some, and the numbers increased over the last few years,” he said. “This week alone, we’ve licensed two new food trailers, one in Killdeer and another in Dickinson. I have to say, in the last year I’ve seen some nice food trailers in the region, a lot that are manufactured for the sole purpose of serving food.”

That makes it easier to license the trailers, he said.

“The most difficult thing is to get the trailers to have the right amount of equipment, but a lot of the trailers now are custom built. It’s more expensive when someone tries to convert a camper.”

Because food trailers are on wheels it can lead to misconceptions, said Jason Sipes, a Fargo native who has operated The Rolling Stove food trailer out of Mac’s Hardware parking lot in Dickinson for a few weeks.

“So many people think of food trailers as something that is not licensed or approved, and because of that will be gone the next day, but that’s so not true,” he said. “I was shocked by the labeling of food trailers as fly-by-night businesses, old school gypsies. What people don’t realize is that we use many of the same techniques as brick and mortar restaurants, but we just use less overhead.”

Sipes said he and his friend, who he operates the food truck with, worked since November to secure the permits for the food trailer.

“We did our due diligence before starting this,” he explained, holding a handful of state and local permits that had to be completed before the trailer come conduct business. “We’re a quasi-off-the-grid restaurant. We’re not hooked up to water and sewer, so it can be challenging to work in this environment and although everyone thinks they can do it, not just anyone can.”­