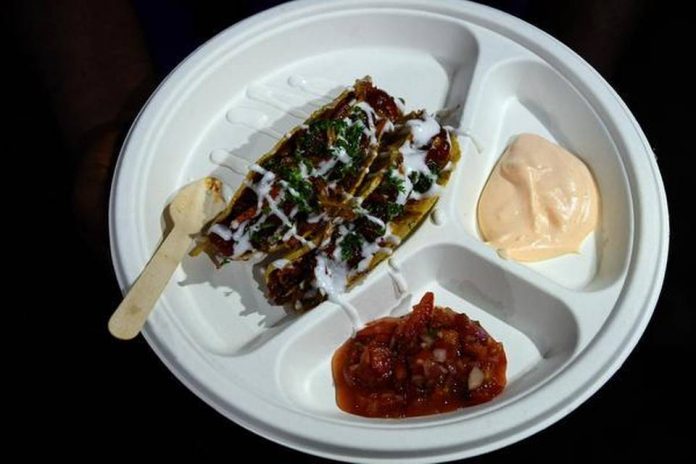 By Aditi Subramanian  |  The Hindu

If you have been visiting Elliot’s beach in Besant Nagar over the past month, chances are that you noticed a funky black food truck parked at the corner of 32nd Cross Street, adorned with the spray-painted words ‘nacho average truck’. As food puns go, we could not agree more, for the food at Poblano – The Food Truck, is an eclectic mix of different components in Mexican cuisine — feisty and vibrant with a collision of flavours.

Named after a Mexican chilli pepper that is rich in flavour and commonly used in its roasted form, Poblano was conceived when its four founders noticed the dearth of Mexican food in the city. Preethi Deepak, one of the partners, explains, “We felt that Mexican food has a degree of flexibility which can be modified to the Indian palate. We discarded the idea of a regular restaurant, and the concept of a food truck clicked when we realised that we did not want to be tied down to one location.” Serving tacos, burritos and quesadillas, the truck first hit the streets two months ago and has since travelled across the city to colleges, apartments and event spaces. The menu is primarily Mexican-Mediterranean and limited to a price range between ₹100 and ₹200. 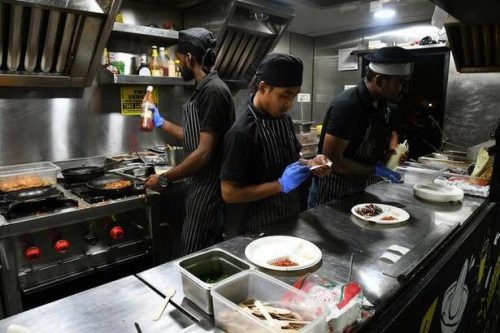 Tacos generously stuffed with beetroot, lettuce and carrot are served with a zesty mango salsa, while a paneer slab marinated in pesto is served with an acidic honey chilli sauce. However, it is clear that seafood is the star of the show: the crispy squid basket is sold out out on most days. Says Preethi, “We source fresh seafood from fishermen in Padur every morning and daily specials change according to the catch we get.“ Akshay Nagaraj, a regular at the truck attests, “As a huge seafood lover, this place hits all the right spots, especially with ambience and freshness of the food.”

Mexican chicken poppers are another hit that are often sold out. Chicken and fish grills are offered in a range of marinades such as pesto, cilantro, mint and tikka.

Typically setting up around 6 pm, the vehicle stays open till 11.30 pm on most days, an indication of Chennai’s tendency to indulge in late night snacks. Between taking orders of creamy pastas and khao phat (Thai fried rice), the cooks toss up jasmine rice flavoured with basil, deftly sprinkling minced coriander leaves before serving the dish with some sliced greens and sriracha sauce to customers waiting by the window. The place also offers milkshakes and handcrafted ice creams in flavours like guava, salted caramel and butter pecan. 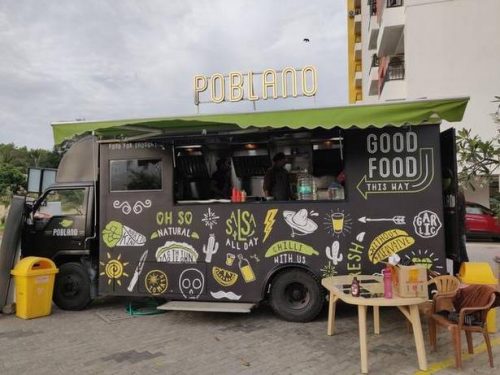 A food truck, however, has its share of challenges. “Initially, we had come up with an extensive menu, but had to reduce the number of items due to space constraint inside” says Preethi. The truck also had to be modified to include a charcoal grill, chiller and deep freezer.

With rich flavours, a modest price range and presentation, it is clear that the outlet has struck the right balance between spontaneity of street food and formality of dine-in restaurants. Head over and you will find people queuing outside and cars driving up, with many customers placing their orders from the comfort of their vehicles, a sight not commonly found in the city. Grab a burrito or two and join in the revelry, the food here is definitely the ‘taco the town’.