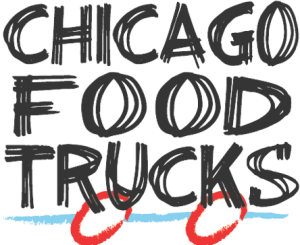 I realize you’re getting a lot of input from concerned citizens these days, regarding what they think your priorities should be upon taking office. I know there’s a budget problem (and some issues with the schools, the CTA and the new Police Commissioner) but I also know you’re as much a foodie as your predecessor was, so here are a few suggestions from one food-obsessed resident to another:

Food Trucks – I was pleased to see your quote in Time Out last week, in which you said, “I don’t want to be the only city without food trucks. So I want the restaurants to work with these guys to come up with a compromise.” Not only do New York City and L.A. have us beat on this issue, so does Evanston. For the past year, the Hummingbird Kitchen has been cooking from its massive, state-of-the-art mobile kitchen, tweeting its location (always North of Howard St.) and hasn’t encountered any resistance. Please go have a Naanwich Summit up in Edgewater with gaztro-wagon’s Matt Maroni, 32nd Ward Alderman Waguespack and Keefer’s owner Glen Keefer and hammer out a compromise that will work for everyone, so your humble, hungry subjects can start quality noshing downtown on weekdays. Frankly, we Loop workers are getting a little tired of Potbelly and Hannah’s Bretzel every other day.

A Full-Time, Year-Round Indoor/Outdoor Market – Your predecessor and I talked about this one over some guac and chips in the bar at Frontera a couple of years ago. As you’re probably aware, Chicago ranks far below Cleveland, Portland, Minneapolis, Toronto, San Francisco, Vancouver, Paris and of course, New York City, when it comes to the all-in-one, year-round market. Have you ever been to the Ferry Building along the Embarcadero in San Francisco? Maybe the Chelsea Market in New York or the Midtown Global Market in Minneapolis? How is it that these cities have managed to bring together farmers, artisans, developers and politicians, and offer their residents and visitors something truly spectacular? Just think of the tax revenue, the tourist attraction and the prestige. When Daley Jr. and I talked about this, he had mentioned something in the works along upper Wacker, near the Swiss Hotel, as well as the Garfield Park area. Please scrap those ideas if they’re even still being talked about.

For the love of God (and Child, Pepin, Waters and Bourdain), please convene a task force (on which I’m happy to serve) to work with the Green City Market in Lincoln Park (which already has the street cred and the farmers and artisans on board, not to mention a $1 million gift bequethed by the market’s founder Abby Mandel) and then find them a magnificent space in West Town, preferably along or near Randolph, which, as you know, was the birthplace of Chicago’s produce market and the scene of the legendary Haymarket Riot. I hear the Peggy Notebaert would love to keep Green City around, since it boosts attendance in the winter, and might even consider expanding for it, but resist! Parking is already a nightmare over there, you’ve got issues with the Park and the alderman and altering the green space there and it’s too far East for most of the city’s residents.  I’ve spent plenty of time driving around West Town, looking for a parking spot before heading to The Publican or Girl & the Goat; I know there has to be an abandoned building or two over there we could convert into a market that could house individual businesses, but also serve as a central location for farmers, and still have enough room for a parking lot/ramp. The location would be key, since the CTA is building another Green Line stop along Lake Street at Morgan, and it’s just a few blocks off of the Kennedy; it’s also easily reachable by cab from the downtown hotels.

I know it’s going to take a lot of money and a lot of cooperation, but I hear you’re a really good listener, and if necessary, an arm-bender. Look forward to seeing you out at Avec one night, and by the way, any chance you could make the first night of Hanukkah a city holiday, so we could make latkes together on the Friday Night Special on ABC 7?