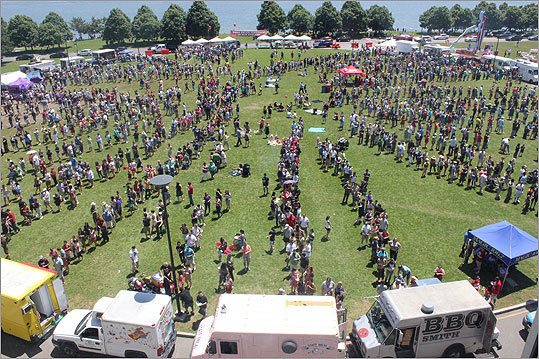 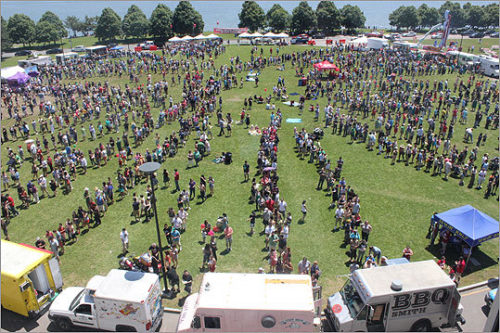 CHIPPEWA FALLS — Vending food trucks are a growing industry nationwide, but the Chippewa Falls City Council wants more information before allowing trucks to set up shop in the city.

The council unanimously approved a resolution Tuesday that creates a moratorium on mobile vending food trucks in the city.

“There is a need to review and study the health and safety impacts of food preparation through mobile vending and to analyze the impact upon year-round merchants in the city of Chippewa Falls,” the resolution states.

Council President Bill Hicks said he would like to see the council finish an ordinance before the river front park opens. The proposed park would be located along the north shore of the Chippewa River. Hicks said the park would likely attract vending trucks.

“I think it’s a good process, and it might be a lengthy one, to get an ordinance in place,” Hicks said.

The moratorium has no declared end date. It is in place until the city can investigate and analyze the industry and practices more fully.

Exceptions to the moratorium include vendors at the Northern Wisconsin State Fairgrounds and at Pure Water Days events, as well as food delivery trucks like Schwans. Venders set up in parking lots of retail businesses with the permission of that business — like a stand in the Gordy’s parking lot — also will still be allowed.

Dam to be inspected

The Glen Loch Dam in Irvine Park will undergo a safety inspection this summer.

The Chippewa Falls City Council voted unanimously Tuesday to hire engineering firm Ayres Associates to perform the inspection at a cost of $1,100. The city’s Board of Public Works also endorsed hiring Ayres at its June 23 meeting.

“We are familiar with the Glen Loch Dam,” wrote Christopher Goodwin, Ayres Associate manager of water resources. “We completed the repair design in 1984 … and we inspected the dam in 2001. Todd Rudolph, who will do the inspection, worked on the inspection project in 2001.”

The state’s Department of Natural Resources requires inspections of dams. Glen Loch has a “high hazard” rating, which requires the dam be inspected every two years.

The city has an emergency action plan in place, a maintenance plan, and dam failure analysis. As part of the inspection, Ayres Associates will review those policies. Ayres also will perform an on-site inspection.