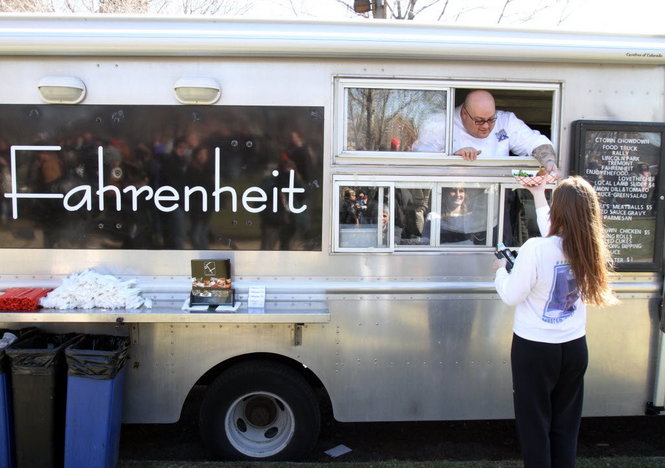 TREMONT, Ohio – Last month’s “Chow Down in C-Town” food truck event in Tremont was so popular, there was an encore event Sunday in Lincoln Park.

Several local restaurants were represented and served up tasty treats to the hundreds of people who lined up to sample the foods from the truck caravans.

It’s the second time in a month the smorgasbord of mobile meats set up shop in trendy Tremont. Event organizers hope to make this a frequent feature for people who love to eat, but right now they are not currently allowed to bring the caravan downtown to Cleveland.

City council plans to have a hearing Monday on legislation that would allow the food trucks to set up downtown.

Cities like Portland and Baltimore already have the roaming refreshments and many local residents say it would be a huge success for the city of Cleveland.

Indianapolis, IN: Indy Food Truck Changing Its Name, But Not Because of Famous Chef