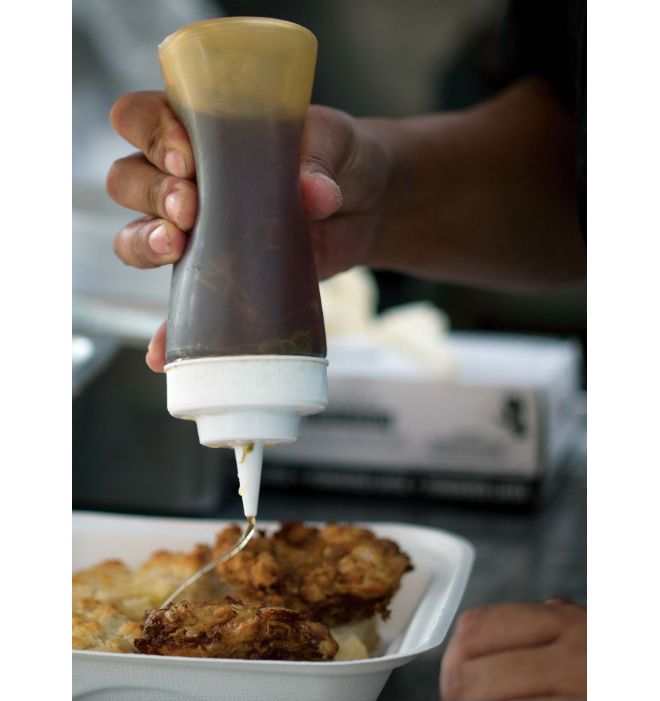 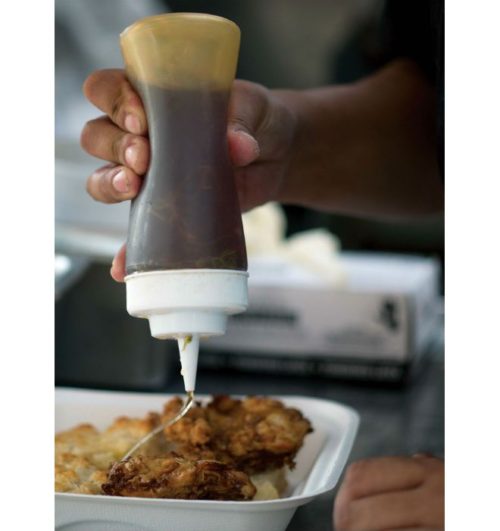 Mark Tolentino didn’t realize he’d be ahead of the trend when he opened his fried chicken truck in July 2012. Fried chicken—spicy, sweet, Korean—wasn’t yet a thing diners were lining up for in Columbus.

While the city’s demand for chicken has changed in the meantime, Tolentino’s spicy-sweet Lowcountry-style fried chicken hasn’t. After a more than six-month hiatus for truck repairs and a mental break, he’s back serving it three days a week from Mya’s Fried Chicken food truck, parked in a lot at the corner of North Broadway and North High streets in Clintonville.

The menu is to the point. Diners choose from dark ($6) or white meat ($7), half ($10) or a whole bird ($20). Tolentino brines chicken in buttermilk for 24 hours before dredging it in sage- and thyme-spiked flour and crisping to order in a shallow fry pan. The frying method is key—it gives every piece a slightly uneven brown crust that’s charmingly homey, like grandma frying chicken on the stove. 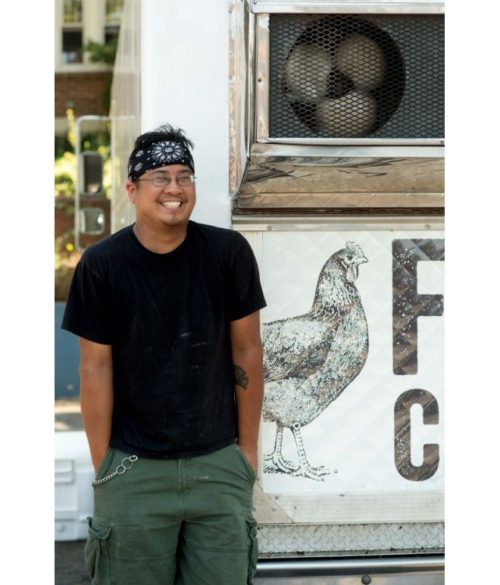 But the real signature—and the main draw that keeps customers flocking to this truck—is what happens right before it’s served. Every piece gets a drizzle of herb-infused honey and vinegar steeped with chilies. It’s a touch that makes every bite sharp and sweet, earthy and spicy.

All orders come with buttery, fresh-baked biscuits. Sides are just as hearty with a choice of mashed potatoes and pan gravy (a must-order), macaroni and cheese with biscuit crumbs, green beans with bacon and onions, and creamy coleslaw.

Ask Tolentino if he has a Southern grandma somewhere in his heritage who taught him to cook like this, and he’ll laugh. He’s Filipino, and that’s the style of food he grew up eating. “But soul food has always been my favorite to eat,” he says. “As the only Filipino in my town, I wanted to eat like my friends did. Then I realized I loved the process of cooking.”

That led Tolentino to become a chef, eventually working as executive banquet chef for Dock 580. This year, Tolentino returned to his role at the catering company and also struck up a partnership. The Dock 580-Mya’s Food Truck relationship has given Tolentino access to commercial kitchen space for prep work. Before this year, the Mya’s team was making everything on the truck, a few pieces of fried chicken and biscuits at a time.

The collaboration also means plans are in the works to grow the Mya’s footprint later this year.

But for now, expansion will come in the form of menu additions. Last week, Mya’s began offering lunch. Soon, they’ll add a bowl to the menu. The base of the dish will be an open-faced biscuit with mashed potatoes and pulled chicken. Tying it together will be gravy, with flavors rotating at Tolentino’s whim. “I’ll play around with the gravy day-to-day,” he says. “It could be anything from an andouille gravy to a red eye gravy. Doing the specials is one thing I’ve really enjoyed because it affords me the ability to be creative.”