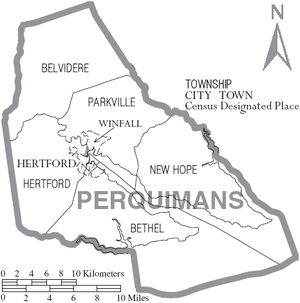 By Cathy Wilson | The Perquimans Weekly

Chef Anthony Steward was traveling along nicely on his road to creating two mobile food trucks until health department officials put the brakes on his efforts.

The Perquimans County native, who moved back to the area recently to care for his elderly parents, discovered that state law does not allow for mobile food trucks unless associated with an already-established restaurant.

For Steward, his dream was to first operate food trucks offering uniquely created foods, and use them as a stepping stone to building a future restaurant. He’s shocked to discover that the fast-growing trend of independent mobile food courts, better known as rolling restaurants, has not made it to North Carolina.

“In New York, where I came from, there are independent food trucks everywhere,” he said. “In New York, you meet their specifications, get your license, get inspected, and you’re in business. 1,2,3. Here, you have to be connected to a restaurant. It’s an old law – one that needs to be changed.”

Jill Jordan, spokesman for Albemarle Regional Health Services, said the department has been asked to permit independent mobile food units in the past.

“The law is specific regarding the commissary,” noted Jordan. “The law is clear about mobile food units and the relationship that must be in place with a restaurant and the owner of the restaurant. Also, the restaurant owners in the Albemarle region are familiar with the law.”

Jordan says the laws were created to protect food safety and public health. Mobile food units associated with a restaurant are required to report to the facility at least once a day for supplies, cleaning, and servicing.

“This assures that the unit and its food supply are inspected, and meets sanitary standards of construction and operation,” she added. “The law ensures an approved food supply from an approved source, proper storage under proper temperatures, and proper food handling. The law also ensures appropriate cleaning facilities. Storage of all supplies will be provided at the restaurant. All foods shall be obtained from approved sources and shall be handled in a manner so as to be clean, wholesome, and free from adulteration.”

Steward believes all of that can still be accomplished in an independent food truck. He wants to carry his culinary creations daily to Hertford, Elizabeth City, and Edenton.

He’s worked as an executive chef in New York, cooked at 3-star restaurants and even in small mom and pop establishments. He trained at the French Culinary Institute of New York City, and has travelled to Paris, Italy, France, and Russia to learn cooking techniques.

“I learned that the best way to learn how to cook the food is to go to the food,” he said. He specializes in French techniques and even studied in the French Quarter in New Orleans just to learn sauces.

He takes family favorites, breaks the ingredients down, and builds them back up with perfection to create a new recipe. He knows the history of food, and takes pride in creating and presenting dishes in the manner in which the food originally was created.

“For example, take a Rueben sandwich,” he said. “The Reuben is historically a Jewish sandwich that was served open to signify feeding the whole family. I serve a Rueben sandwich open-faced in keeping with the history of the food.”

The son of Susie Bell and Herbert Steward, Chef Anthony caters and serves as a personal chef for parties of 2 or more while waiting to create his two food trucks.

He has over 300 recipe books to draw from and creates menus that includes such mouth-watering dishes as yam/spinach/blackbean bruschetta, Mexican meatballs, apricot-stuffed chicken, rack of lamb with parsley crumbs, roasted baby potatoes and stuffed portabella mushrooms, crepe suzette, and chocolate burgers.

He creates chocolate burgers for desert out of sweet items shaped to look like a hamburger. A hole-less donut forms the bun; chocolate ganache forms the burger topped with sliced strawberries, kiwis, and passion fruit to resemble the normal burger toppings of tomato, lettuce and cheese.

If he can get the law changed, Steward hopes to serve a variety of fusion dishes on his mobile food trucks including French, Thai…even burgers with a New York flavor. The name of his business will be Carolina New York.