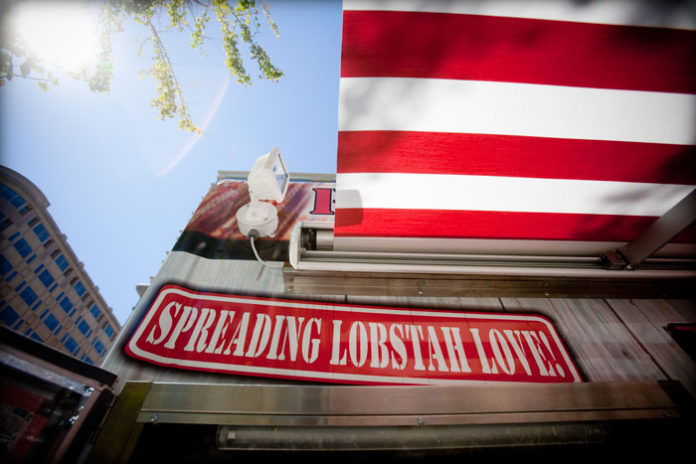 Powerful Because: It established FOOD TRUCKS as a legitimate D.C. dining option.

When Red Hook Lobster Pound’s food truck launched in D.C. last summer, there were waits of more than an hour at Farragut Square for a lobster roll. Kicking things off during the dog days of August, the lobster wagon was a major hit on the local news. There was even a report—tweeted, of course—of a lobster roll scalper, selling one for $20. While the local food truck community likes to imagine itself a coalition of equals, the sweet and juicy lobster rolls at Red Hook deserve the greatest share of credit for selling the District on the concept. Trucks went highbrow years ago in other towns, but in Washington, they’d stubbornly remained the province of dingy hot dogs. That popularity, in turn, has helped spark a movement to change the way D.C. regulates eateries: Reason magazine used the truck in a video showing the benefits of government deregulation, and the Wilson Building has been grappling with a large-scale re-write of food-on-wheels rules. —MG

A restaurant can be powerful because it draws raves, or draws developers, or just draws a line of TV-addled tourists. A list of D.C.’s 44 heaviest hitters.

“Food is the most powerful thing we have in our hands,” José Andrés said. “Not only chefs, but everyone in the food community. The right use of food can end hunger.”

Andrés made that speech last month at the 2011 James Beard Awards, after taking the restaurant industry’s top prize. Singled-out in a pack of gastronomic gurus from towns more frequently mentioned as culinary capitals, the proprietor of D.C.’s illustrious Jaleo, Zaytinya, Oyamel, Café Atlántico, and Minibar had elevated Washington’s culinary cred yet again.

With his national reputation and love for the spotlight, Andrés often seizes the bully pulpit to champion the power of food and its ability to change lives. The guy is prone to voicing some pretty deep thoughts, even if he sometimes risks sounding a bit like Jack Handey. A crusader for mindful consumption, Andrés encourages people to talk to their tomatoes, among other things.

But the soaring riffs on the “food is power” theme ring especially true in the District these days. The city has always had its power haunts: As long as insiders have gathered over meals here in the capital to decide the fates of small countries, there have been power lunches. And yet, even as local restaurateurs try to go one step farther—this year saw the opening of a much-hyped “power breakfast” joint—the ways to measure culinary muscle are more varied than ever.

D.C. in the 21st century has seen restaurants that can revive a neighborhood. It has places that aim to alter perceptions about what constitutes a meal. Most jarringly, it has places that are famous by virtue of being chronicled in real-time on television, a form of dining power that scarcely existed a decade ago. Of course, the city also has places that manage to draw steady crowds despite middling kitchens or indifferent service. That’s power, too.

And while we may once have been able to forget the potency of a meal, we also now get constant reminders of it from the most powerful man on the planet. No, not Andrés. We’re talking about that arugula-chewing elitist in the White House, Barack Obama.

Perhaps no presidential administration since the era of bread lines has so clearly defined nourishment as a national priority, launching initiatives to combat childhood obesity, improve food-safety standards, and even reshaping the antiquated food pyramid into a more satisfying pie chart.

And, for a guy whom critics tend to portray as anti-business, Obama couldn’t do more to empower the local food sector. Whether chowing down with Russian President Dmitry Medvedev at Ray’s Hell Burger, or escorting the first lady to an extravagant dinner at Komi, the commander-in-chief has out-promoted the most powerful restaurant publicists in town.

With the dietary dominance of the nation’s 44th president in mind, Washington City Paper has identified an equal number of D.C.-based centers of food power, places that flex their muscles in ways ranging from culinary influence to market supremacy to televisual ubiquity. Their combined efforts may not eradicate hunger. But why would they? It’s in their best interest to keep us salivating for more.