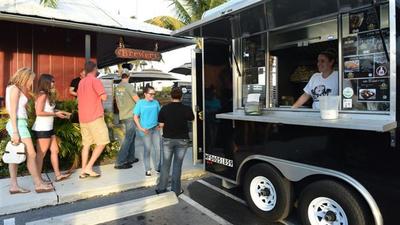 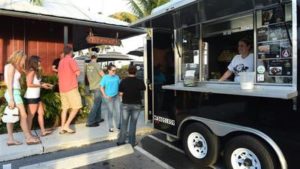 The test began in Sept. 2014 when the owners of a local brewery, which lacked a kitchen, requested the city lift its ban on food trucks so patrons could grab some grub to go along with their cold brews. The program, extended twice, is scheduled to expire on Feb. 28.

Commissioners reviewed the pilot program over the summer and agreed they would like to see food trucks remain in the city.

Under a new proposal, food trucks and roaming canteen trucks that serve prepackaged food will be able to operate in the city if operators receive permission from the city.

According to city records, 14 food trucks have been issued temporary permits. While the pilot program did not have rules for canteen trucks –also known as lunch trucks — to participate in the program, city officials said they should be included in the new rules.

Currently, food trucks pay a $300 application fee with an annual renewal of $150. In a memo to commissioners, city officials say the processing fee will be decreased, but it does not state a new price.

The proposed rules will allow the trucks to set up in certain areas of the city and operate from 9 a.m. to midnight for a total of four days a week, with no more than three consecutive days. They will not be permitted to sell alcohol or stay at one location for more than six hours.

The permanent program also includes a section on penalties for food trucks operating without a license or those that don’t follow the city’s rules.

If commissioners sign off, the topic will be up for a public hearing and final approval on Jan. 19.