By Andy Morphew  |  The Duncan Banner

Trying to decide on something to eat for lunch during the workday or coming home from work hungry will no longer be much of a problem.

A local Duncan couple, Matt & Melody Setters, have put together a new downtown food truck central hub located at 8th and Walnut as an opportunity to bring new life into a booming business area.

Matt, who is a broker and owns several buildings along the new setup along with his wife, put this idea together as a way to have a quick “Go To” food court in a busy during the day downtown, but also is open to ideas on bringing together a nightlife in downtown as well.

“I think it keeps the downtown vital. There weren’t very many restaurants here in the downtown, the downtown is very busy during the day but very few places to eat,” Setters said. “These trucks were stuck out on 81 competing with some of the big national franchises and there is enough traffic out there already. So instead of these people who work downtown that might only get a half hour for lunch having to go all the way out on 81 and come back, we decided if we put this centralized that the people wouldn’t have to go as far and keep this downtown vital and viable.”

Going further, he said the goal is to have future events that could be a night time option for food truck vendors to come along. Smokin Joe’s out of Rush Springs is one of the regular vendors.

“The next step is to expand Duncan’s night life and weekend life. There really isn’t any in the evenings, it is very very quiet down here after 7 o’clock,” Setters said. “One of the things that Duncan is missing is this downtown night life. We are hoping that we can probably get some live music down here like open mic nights or those kings of things.”

As far as expanding, Setters said it is important to use some of the old downtown buildings and repurpose them with future use in mind.

Currently, the buildings he owns host the Chisholm Trail Arts Council and Hodgson Music Lessons and Setters is hoping the food court will take off and be something on its own.

“I think it is important to keep the dollars downtown, but I know the next step is to try and make this happen into something that can be nightlife,” Setters said. “It is just another piece we are trying to add to Duncan’s downtown to give it a little more to make a miniature Bricktown out of it.”

There are rules set in place for the Food Court as they have to stay on private property so they made an area out of turf that was bought out of excess usage from Texas to make it look nice. Setters said the new food court has indoor seating available and they have some outdoor seating for the nice summer evenings and weather friendly days on order to be able to eat outdoors.

“We have to stay on private property, we can’t be on public property so the parking lot here is public, you can’t block these sidewalks either,” Setters said. “Our goal is to have two to possibly three small trailers of like snow cones or something like that over here in the corner. We have some outdoor seating actually on order with umbrellas and everything. We also have indoor seating that is air-conditioned and there are plenty of booths and tables in there too. I want to see at least two trucks here everyday for the five working days and hopefully we can get weekend events going.”

He said he is open to ideas about weekend events and is hoping a few events will become a trend for this downtown hot spot.

“I think as long as it is permanently here and everybody realizes it and we are working on signage, we think everyone will enjoy it,” Setters said. “The second thing is the partnerships like CTAC, they can maybe do fundraising and wine tasting events out here. We have talked about doing a mini Octoberfest as a sponsor so we can raise money for one of the non-profits. Also, the for-profit events could be very viable. There is no reason why we can do family reunions, class reunions or dinner events.”

“I’m not charging these guys to park here, this is a free deal we are providing for Duncan. These guys normally will pay $100-150 a day for parking,” Setters said. “We are not after the money, this is more about developing downtown and keeping the life down here and keeping the money downtown.” 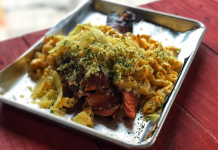 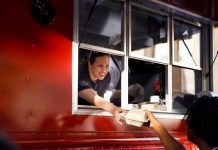 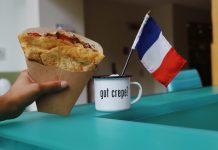