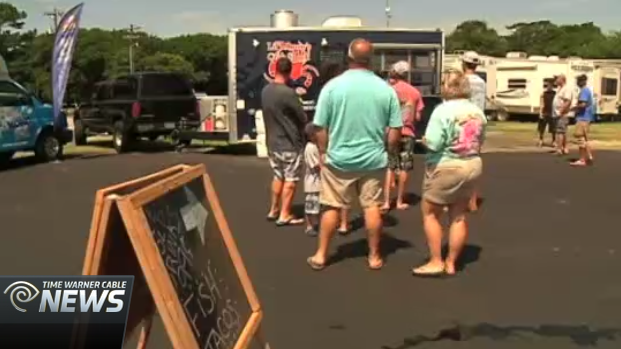 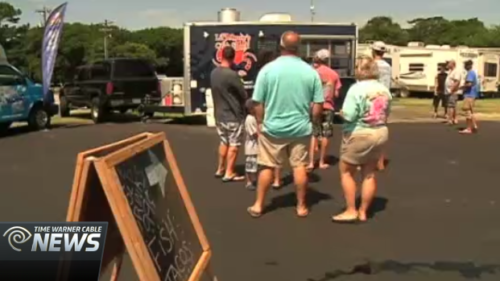 Food trucks crossed the bridge on to Emerald Isle for the first time on Saturday.

This weekend town leaders are testing out how food trucks could operate on the island with their first-ever Food Truck Rodeo.

This comes after nearby beach town Atlantic Beach amended their ordinance to allow a limited number of food trucks to operate on the beach in the summer time.

Buchanan said he was eager to make the trip down from Wake Forest and get his all-natural ice cream into beach goer’s hands.

“Some restaurant owners think it’s gonna detract, but what it’s gonna do, it’s gonna bring more down here to the beach,” Buchanan said.

Tourist Michael Enos, who was visiting from his home in Winston Salem, was one of the people the food trucks managed to attract.

“I love it,” Enos said. “It’s a great environment. I’ve never seen anything like it. It’s fun. It’s hot. But you got ice cream, so it’s perfect.”

Between Enos, and all the other people waiting for a bite of something new, it seemed the first-ever food truck rodeo on Emerald Isle was quite a success.