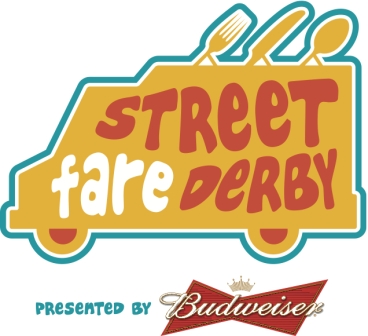 General admission to Fair Grounds during the Summer Quarter Horse Meet is always free. Admission to the Street Fare Derby the day of the event is $15. Advance tickets are available online exclusively through StreetFareDerby.com for $10. A one-hour VIP Hour with early access beginning at 11:30 a.m. is also available online for $40 per person, which includes tastings from food vendors and complimentary beverages during the 60-minute preview. The Street Fare Derby will continue until 6 p.m., shortly after the day’s final race.

Fair Grounds initially ventured into the world of street fare with invitations to popular local food trucks during its popular Starlight Racing series on Friday nights during the Thoroughbred Racing Season. The overwhelming response, coupled with an explosion of public interest in street fare nationally, led Fair Grounds officials to seek a partner in NOLAFoodTrucks.com for what will be the first-ever major gathering of food trucks and street fare vendors in New Orleans.

“We are excited to partner with NOLAfoodtrucks.com and to continue our efforts to expose casual and new-to-racing fans to not only our industry, but to the versatility of entertainment experiences offered here at Fair Grounds,” says Senior Director of Marketing Mark Conner. “The Street Fare Derby blends the best features of New Orleans culture – world-class entertainment, exceptional food, and convivial socializing – at one of the city’s truly historic and traditional gathering places.”

As evidenced by such TV shows as “The Great Food Truck Race” and “Eat St.,” the street food craze is sweeping the nation as a fun, delicious, and affordable option to the traditional sit down restaurant. New Orleans’ emerging food truck scene is buoyed by the city’s plethora of adventurous chefs and a citywide tradition of high-quality food relative to other major American cities. Those new and familiar to the New Orleans street food scene will be able to encounter more edible options all in one place than ever before.

“If you’re curious about this exciting but still relatively underground culture in New Orleans and beyond, come eat on the street with us,” says NOLAfoodtrucks.com co-founder Lizzy Caston. “It’s a fun way to celebrate some lesser known, but still some of the best food in the City. It’s also a terrific way to show support for small independently owned businesses who are the backbone of the New Orleans Economy.”

The race to find your favorite street food is on!