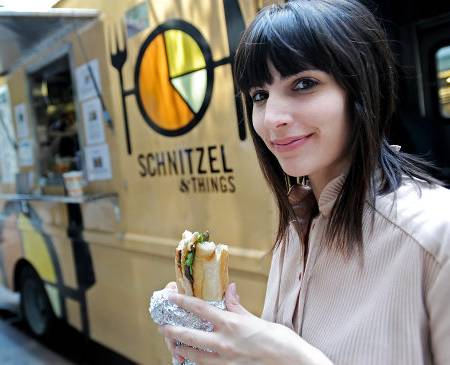 Although Los Angeles is known for having some of the finest cultural restaurants in the entire nation, the majority of young people residing in the city of angels only talk about food trucks. When most people think of food trucks they usually think of the old roach coaches that travel from construction job sites, selling microwaved burritos and the type of pizza that can literally make a person spend the next hour in the bathroom. However, Los Angeles has taken the concept of meals on wheels and added fresh and unique cuisine for people to choose from. Using social media such as Twitter as the main marketing tool to inform people of the locations of the food trucks, a cultural phenomenon was born. Now, food trucks are growing in popularity in all major cities from Chicago, New York and Houston, but the way people find the unique cuisine that can only be accessed from food trucks has changed thanks to GPS tracking technology.

Originating in the Los Angeles area, food truck companies moved throughout cities such as Santa Monica, Venice and Westwood, offering everything from BBQ style meals to Korean delicacies.There is no doubt about it that Twitter was one of the driving forces behind the way food truck businesses exploded in popularity. With more people communicating via social networking sites such as Facebook and Twitter more now than ever before, it is clearly evident that real-time data and information is top priority. This is why so many food truck companies are seeing the benefits of the same vehicle tracking technology used by large corporations for fleet management applications.

The reason why Twitter was instrumental in helping food trucks grow in popularity is because since food trucks did not stay in one location for a long period of time people had to communicate where a food truck was via social networking media. Even though food trucks in L.A. had websites where people could access menus and food items sold, the locations the food trucks would visit were not posted because there really was no way to efficiently tell people where a truck was, how long it was at a location for, what the next location will be and more. However, real-time tracking systems such as the SilverCloud have changed the way people can access where food trucks are along with an assortment of driving activity data.

Many food truck companies are now putting detailed maps on their websites that show where a food truck is in real-time. That data is accessible to the public, allowing anyone to know if one of their favorite meals on wheels is nearby. What is even more impressive is that people can actually set virtual boundary alerts, meaning they can be alerted via email/text message if a food truck is in their local area! With the help of GPS tracking for consumers, anyone wanting to locate their favorite food truck has never been easier!