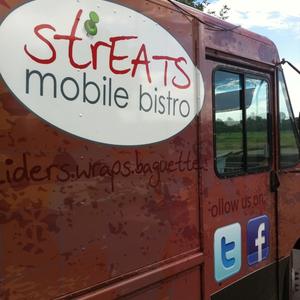 Where to go for lunch has traditionally been a question reserved for diners. Now, proprietors of mobile food vending trucks are wondering the same thing.

New city regulations now in effect for outdoor vendors enable food trucks, pushcarts and other businesses on wheels to move about town. Previously, they had been confined to a single location, and public rights of way (parking places and public lots) were off-limits.

The rule change establishes three pockets where hungry folks will find regular food truck activity in public lots. It also opens the door for groups of vendors to operate on private lots and folds nonfood vendors — think pedicabs and seasonal pumpkin peddlers — into the regulatory framework.

Fort Collins City Council chose not to adopt the 200-foot boundary between mobile food vendors and brick-and-mortar restaurants that city staff had recommended at the urging of the Downtown Business Association and existing restaurants.

“With my discussion with the outdoor vendors, this was problematic to them,” said Councilwoman Aislinn Kottwitz, explaining her opposition to the proposed boundary. “You look at the map, it does exclude pretty much all of Downtown Fort Collins or Old Town Fort Collins. They’re definitely on the fringes.”

Expansion of where food trucks can set up shop will not encroach on the personal space of restaurants on College Avenue in Old Town. While the new rules allow food trucks to park in parallel parking spots, they forbid operating in diagonally oriented parking spaces, which line College Avenue.

“Potentially Mason, Howes, any side streets where there’s parallel parking, you could see mobile food trucks and carts,” said Jessica Ping-Small, sales tax manager for the city of Fort Collins. “A mobile food truck will be allowed to be as close as they want to an existing restaurant, however they would still have to be in a parallel spot, so it protects that downtown area.”

Six pushcarts currently doing business in Old Town operate on concession agreements. Two more of those slots are currently unoccupied. The concession agreements cost $120 annually (the same price as a mobile vendor license) plus a cleaning fee and allow holders to stake out a spot on the sidewalk on College Avenue.

City staff took cues from a community survey and other Front Range cities to develop recommendations to council, including the boundary proposal that was rejected.

The average boundary between brick-and-mortar restaurants and mobile vendors on the Front Range is 200-300 feet, Pete Wray, senior city planner, told council. He emphasized the Downtown Business Association’s support for the buffer.

“In part that response was due to some restaurant owners concerned about unfair competition and impacts in direct proximity to front entrances of restaurants,” Wray said.

One of those business owners, Jake Fitzsimmons of Stuft Burger Bar, elaborated on those concerns in the city’s outdoor vendor study conducted last fall. He said stationary businesses like his hold their ground during peak business times and lean ones, whereas mobile vendors swoop in opportunistically to the detriment of their walled-in competition.

“Food carts and street vendors can cherry pick our prime time of year and detract to the overall experience that is downtown,” Fitzsimmons wrote in response to the city survey. “A hot new restaurant or cool new boutique can draw traffic to downtown collectively benefitting everyone. A food truck or cart simply poaches customers …”

The competition concern expressed by its members led the Downtown Business Association to support the proposed boundary, according to Peggy Lyle, assistant director of the association.

“I think that’s still what we’re in support of,” she said. “We’re also in support of activities that enhance the vitality of our downtown, and mobile food vendors are a part of that vibrancy.”

Respondents to the survey, 78 percent of whom self-identified as interested citizens with no dog in the mobile-versus-mortar fight, welcomed expanded opportunities for vendors on the move.

Eighty-three percent favored expanding the rules to allow vending in multiple locations. Those favoring a 200-foot boundary were outnumbered more than three to one. Among food truck vendors, the ability to operate on public streets and lots topped the wish list on the survey.

“One thing to remember is if street vendors aren’t allowed in Ft. Collins public streets, etc. the vendors (like myself) will find another city to operate,” Mary Riddell, owner of Go Go Snow Shack, imparted in written correspondence to the city during the survey.

Council listened and granted many of the preferences expressed in the study.

The city is in the process of accepting bids for the three public lots that it has designated as food truck sites. Three vendors will occupy the lot at the former Poudre Valley Creamery site, 222 LaPorte Ave., from 10 a.m. to 5 p.m. on Mondays, Wednesdays and Fridays after bids have been awarded.

One vendor each will be allowed to operate at city-owned lots at 215 N. Mason St. (near City Hall) and at the corner of Matthews and Olive streets (near Old Town Library).

Ping-Small said the city wants to gauge how much interest its new approach to vendors generates, and it hopes the multivendor site it has put out to bid will serve as a yardstick.

Vendors traditionally have been allowed to occupy private lots with the owner’s permission, and the new regulations build on that by creating a special vending license for businesses with private lots. Car dealerships and breweries, for instance, could host up to eight vendors up to four times a year for events on their property.

“Now we could allow the community to hold those private events and have multiple vendors on their location in a temporary basis, which the land-use code did not allow for,” Ping-Small said.

“These are really your ice cream trucks and such,” Ping-Small said.

The new class of license allows vendors to operate between 10 a.m. and 8 p.m. and prohibits them from staying put in one place for more than 15 minutes. The community survey expressed a distaste for an overabundance of food trucks in residential neighborhoods.

“That’s why we really wanted to limit it to vendors preparing food in commissaries,” Ping-Small said, “so they won’t be rolling restaurants through neighborhoods.”

Despite the handful of new rules, the city’s oversight of food trucks and pushcarts in general became less restrictive. As Kottwitz pointed out to her fellow council members, that’s what vendors sought from the start and the community survey supported them.