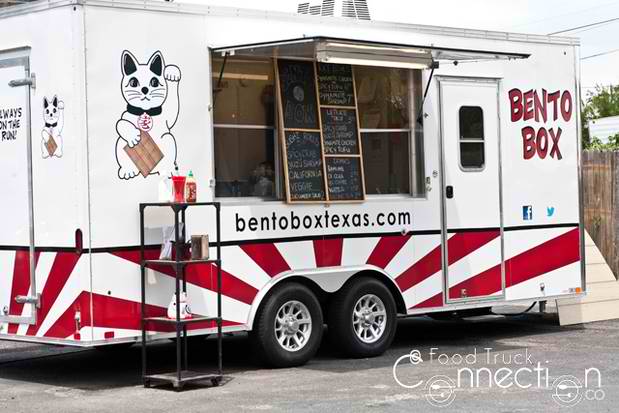 FORT WORTH — The chefs behind Fort Worth food truck Bento Box are taking their sushi skills off the road. The Japanese-inspired business officially turned off its engine December 16, 2012 in favor of a catering company called Whim.

The food truck was in business from August to December 2012. Chef Scott Kaiser said their short run did not end because of an over-saturated market. He cited the unpredictability of the market — including a down season during chilly winter months — as the reason to move toward catering. “It’s a tough market, for sure,” Kaiser said. “You’re not sure if you’re going to get 100 or 1,000 people [at a festival]. It’s unpredictable how to prepare, especially with perishable stuff like sushi.”

The catering company will be owned solely by Kaiser and his wife Brandi Kaiser and will focus on more progressive Japanese cuisine. He also wants to “bring sushi into the house” — offering chefs who can roll sushi during parties instead of offering just a sushi platter. Catering menus will range in price between lunch and dinner.

While their food truck business was short lived, Scott Kaiser said he and his wife will miss the experience. “We made some great friends. And it was a great journey for my wife and I,” he said. “You would never guess that starting a business and being confined in a 20-by-10 box with your spouse would make for a good marriage, but it has been the best recipe for our marriage.”