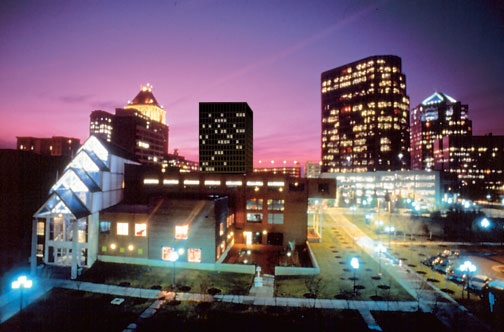 GREENSBORO, N.C. — A economic development organization is taking a look at the rules governing the operation of food carts and food trucks in downtown Greensboro.

Food carts, or push carts that sell mostly hotdogs are allowed in downtown Greensboro and have been for decades. As for the larger, motorized food trucks, the city won’t let them set up shop, except for special events.

Ed Wolverton who works for the Downtown Greensboro Incorporated, a non-profit organization dedicated to the economic development, is looking at all the questions that come along with rules governing the food venders.

Wolverton wonders if the limitations for vendors is related to the amount of space open in the downtown area for the on the go caterers.

“If they sell from a public parking space, should they pay for the parking meter like any other customer, or should they not be allowed to sell from public space — and only be on private land,” asked Wolverton.

Greg Munning owns a food truck that sells burritos and tacos. He has had to park his business on UNCG’s campus.

“It’d be nice to be by the baseball stadium during the ballgames, or set up by Greene Street club at nighttime,” admitted Munning.

Munning thinks it’s more about a feared competition between food trucks and restaurants.

“We’re the good guys, not the bad guys,” explained Munning.

DGI is talking with restaurant owners and hearing what they have to say. The organization expects to survey the public next week.