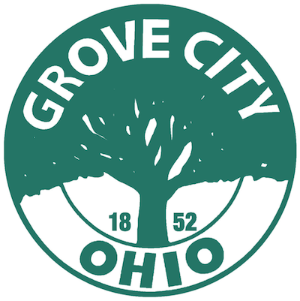 By Mark Dubovec  |  This Week News

On Monday, April 20, City Council voted 4-0 to create a section of the city’s code that permits and regulates street vendors, specifically food trucks, within the city.

Under the language approved, a street vendor is defined as “any individual, corporation, partnership or other entity which sells food or beverages from a temporary, mobile, non-motorized wagon or cart, motorized vehicle or non-motorized trailer propelled by a motorized vehicle, or any other free-standing apparatus.”

“We really had some weaknesses in the code,” said Mayor Richard “Ike” Stage. “We have nothing (about food trucks). We are trying to put in something so we have a framework.”

The new code now requires vendors to acquire a permit from the city’s public safety director; submit an application containing proof of liability insurance, a description of the vending device and other information; and to get a food license from Franklin County Public Health.

Food trucks and vendors for events such as Arts in the Alley are allowed to operate with permission of the event sponsor, without obtaining a permit, as long as they maintain insurance and a license with Franklin County Public Health.

Safety Director Bill Vedra said the city spent six months crafting the legislation based on model legislation from other communities.

“Food trucks are a new phenomenon and have a lot of interest across the country,” he said. “We want to make sure it’s not abused.”

The legislation also sets limits on when and where food trucks can operate. The city can revoke a permit, and violators will be guilty of a second degree misdemeanor and may be fined $300 each day they are in violation or have their vehicle impounded.

Under an amendment to the legislation motioned by Berry and approved by a 3-1 vote of council, with Lanese dissenting, vendors will be required to pay a daily permit fee of $10 for residents and $20 for non-residents.

“I don’t think $20 a day is too much,” Berry said. “Otherwise, they’re not contributing to Grove City.”

Bennett said he’s received complaints from business owners about out-of-town vendors coming in and competing with existing restaurants that pay property taxes and invest in the community.

“I personally think they don’t belong in the community,” he said, although he added he is OK with vendors for special events.

Molly DuBose, a Grove City resident who owns Flustard Mustard with her husband, recently purchased a hot dog cart. She said the legislation is a “great start.”

“I do understand being able to ensure food safety,” she said. “I think (food trucks) draw more people. … This will draw business to other businesses.”

Julie Pashovich, also a Grove City resident, owns two food trucks with her husband, Jim, a past president of the Central Ohio Food Truck Association. The group, she said, has been working with communities to craft sensible regulations.

“We want the guidelines. We want the rules,” Pashovich said. “If the food trucks are to be successful, everyone has to be clean and compliant. It’s so popular, and we want to keep it popular.”

In other news from City Council’s meeting Monday:

* Council approved 4-0 plans submitted by LogiTech Inc., a maker of custom conveyor systems for manufacturers, for a new office and manufacturing facility off Seeds Road, just east of Interstate 71 and near the interchange with state Route 665.

LogiTech currently operates out of a 32,000-square-foot facility at 6150 Enterprise Parkway. The new facility will be 67,284 square feet, doubling its manufacturing and office space.

The company plans to move to the new facility late this year or early next year. When that happens, it will put the existing building up for sale.

• Council also approved a new plan submitted by Dollar General for a store at 3065 Broadway, at the southwest corner of Broadway and Home Road, between Frisch’s Big Boy and Waffle House.

This is the second time Dollar General has proposed a store for this site, which has been vacant for about 10 years. Council narrowly rejected the original plans because of traffic and parking concerns.

The new building is smaller than originally proposed, at 7,500 square feet instead of 9,100 square feet, and has more parking spaces, 38 instead of 32. The proposed structure would be one story, have access off Home Road and maintain an existing cross access with Waffle House.