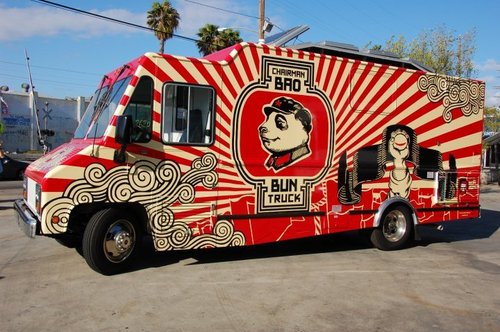 A new IDDBA-funded report finds that supermarkets lag behind specialty food stores, casual-dining restaurants and even mass merchandisers(!) when it comes to innovation.

Jack Li, managing director of Dataessential, the Los Angeles-based firm that is compiling the research, said that 65% of consumers polled found specialty food retailers are “very” or “somewhat” innovative, while only 42% of supermarkets are. Only discount stores and convenience stores received lower marks.

The report uncovered 194 ideas that can help improve that ranking. Li’s presentation focused on the deli and meals area of the store, but the suggestions apply to the dairy and ISB as well. Here are some highlights:

Food Trucks: Watch what they’re serving because shopper requests might soon be coming to your deli department. Not familiar with these rolling gatronomic U.N.s? Look up the Kogi truck, an LA institution serving up Korean-Mexican tacos, kimchi quesadillas and short rib sliders; or the Chairman Bau bun truck serving Chinese bun meals. “You see things like pork shoulder, bison and pork belly and falafel being used, things that consumers might not otherwise have tried,” Li said.

Value Meals: Try bundling fresh meals in new ways that appeal to consumers looking for quality and value. Li noted that assembling raw components in a meal deal — a protein, starch and sauce — allows a person to cook at home and customize the food the way they like. “Seventy-six percent of those we asked said they like the idea of raw kits,” Li said.Coupons: Wow, where to start? The recession, Groupon, and that reality television series “Extreme Couponing” are all you need to know that coupons have shed their stigma and are actually hip. The report finds people want more deli, but find it expensive at times. So, coupons could solve that problem. “Not only is it not embarrassing not to use a coupon, it’s actually cool to use a coupon,” is how Li put it.

Technology: Some 84% of those polled in the Dataessential study are interested in technology applications in a supermarket setting. At the same time, other research has shown that 60% of all apps downloaded are used five times or less. To remain relevant, a retailer’s app needs to be a daily value. “You need to think through what you want that app to be and how you can get people to use that application on a consistent basis,” Li said.

The completed study, “2011 Shopper Innovations”, will become available through IDDBA this summer.