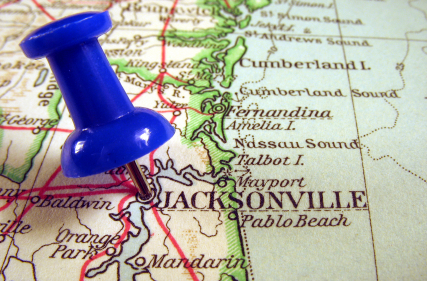 Business owners try to overcome odds against them

JACKSONVILLE, Fla. – Mobile food trucks are popping up across the state, and now the craze has made its way to the River City.

Generally, they’re easy to move, easy to find and easy on the wallet.

Edgar Varela, a construction worker who’s working on the new courthouse downtown, said he likes to stop by one nearby food truck on his lunch break.

“I don’t have to go anywhere else, just walk from the job over here,” Varela said.

Mario Tuzuak, who owns Five Star Catering, parks that food truck by the construction site, where he said it’s an easy target to pocket cash. Tuzuak sells sandwiches, tacos and soda to workers.

But he’s got competition. More than 2,000 trucks are moving across the state. In fact, the state says the number of mobile vendors has increased by about 5 percent over the past year, and it’s encouraging businesses to get their licenses to help boost the economy.

It’s not just food trucks. The Department of Business and Professional Regulation says food carts are fast growing, too, but some say it’s tough to set up shop in Jacksonville.

“It’s really hard for a guy who just opens up a truck and tries to generate new business because the locations can be difficult,” said Keith Waller, who runs a truck for Monroe’s Smokehouse Bar-B-Q. “People have so many options. There has to be great food, great quality. You have to have the whole package.”

Banking nearly $1,000 during the lunch hour, Waller is proud of his barbecue truck Monroe’s On The Go. But he’s backed up by the brick and mortar restaurant on the Westside and doesn’t worry as much about mobile’s bottom line.

Although he is concerned that too much red tape could give the red light to the growing trend.

“Hopefully they don’t limit it, where food trucks really are shut down all together,” Waller said. “I think there’s an opportunity for them to thrive, but the opportunity has to be there.”