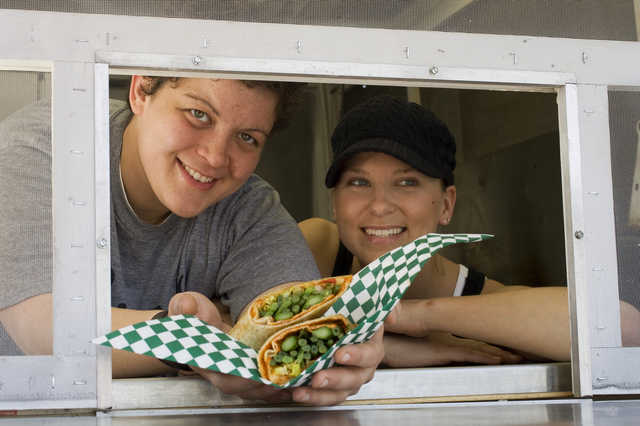 So I stopped by Food Truck Friday tonight on my way home from the office. 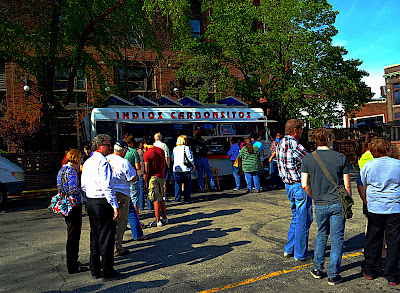 I don’t really understand food trucks and they just look unsanitary to me. I won’t eat food from a truck. Seems to me that if you have a restaurant and your food is any good, the people will come to you and you won’t have to get in a truck and chase customers down on the street. 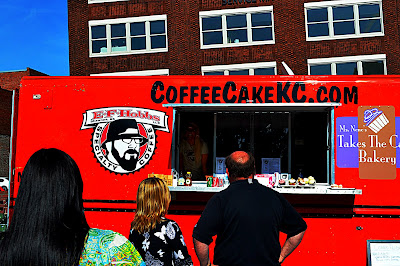 @Ms_Nene, the most annoying fucking person on twitter was there with her Goddamned cup cakes! 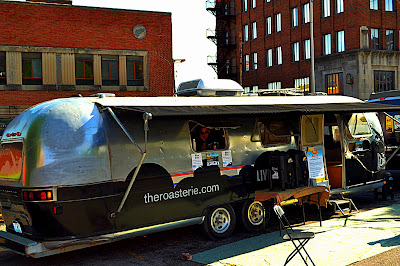 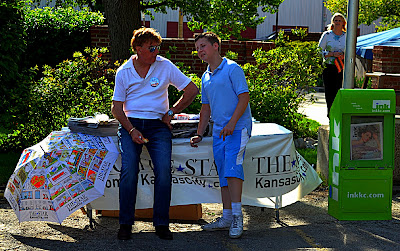 …or subscriptions to the KC Star.

I did run into quite a few old friends. It’s amazing who you run into when you actually leave your house.

@m_toast was there (on the right) with a friend of hers. Didn’t catch the friend’s name. 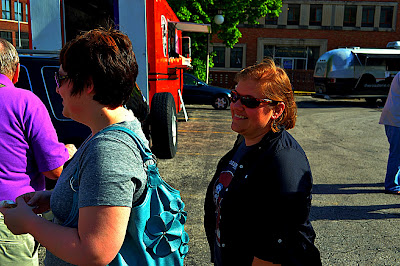 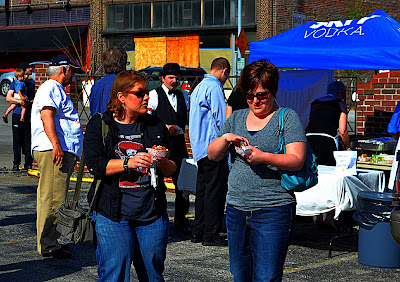 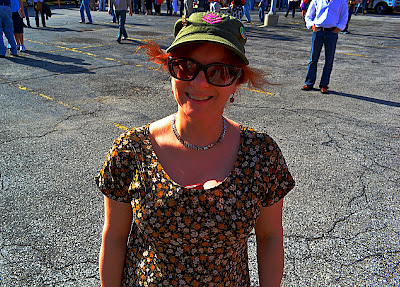 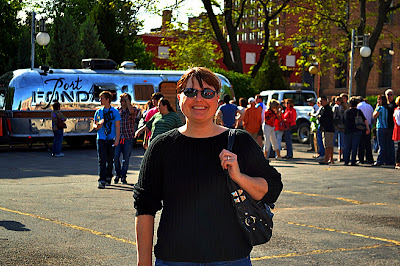 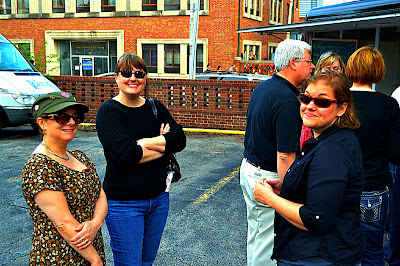 The Magical Meatball Tour was there. 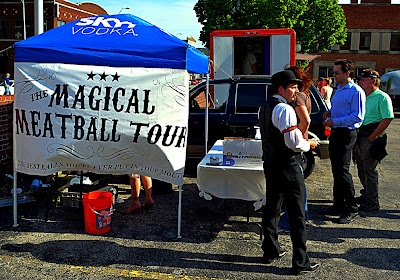 With owners and proprietors Venus Van Horn and Ceasar Reyes. 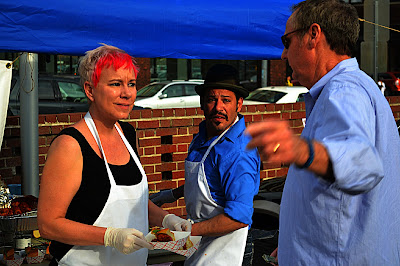 But for me, the stars of the show were @chimpotle and @kcmeesha. 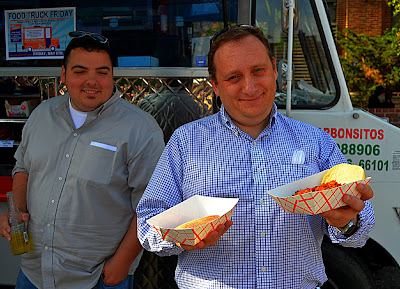 @kcmeesha got some sort of pulled pork sandwich. 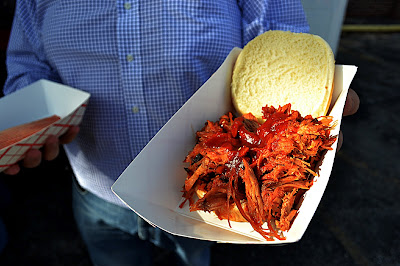 While @chimpotle got something called a Torta Ahogada. 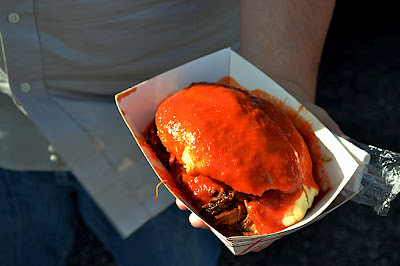 They seemed to enjoy their selections. 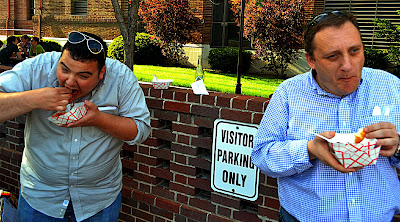 Completely oblivious to the homeless guy on the bench in the background watching them gorge themselves. 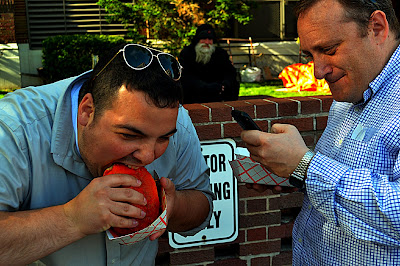 @kcmeesha seemed to be hypnotized my watching @chimpotle inhale his massive meat meal. 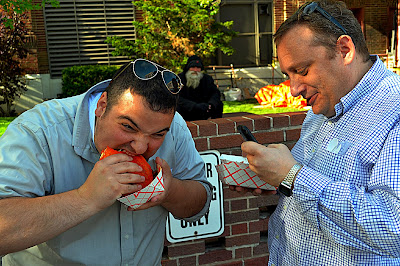 He was so enthralled that he felt compelled to record the moment for posterity. 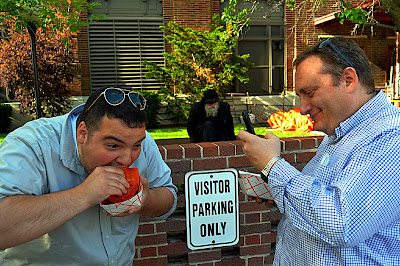 I present it here, with his assumed permission for your enjoyment or disgust or both.