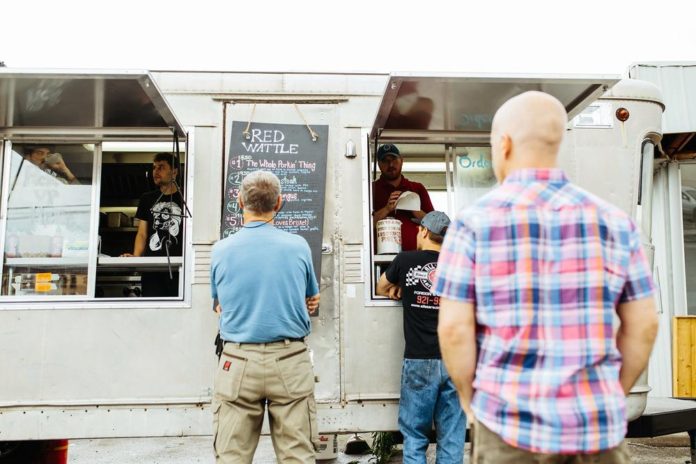 It all started with Ethel.

“I kind of went into everything ass-backwards,” chef Mike Foust confesses to me from the start. He says he was on his way back from seeing a farmer who supplies food for The Farmhouse, his farm-to-table restaurant in the River Market of Kansas City, Missouri, when he spotted her—a 35-foot, 1953 Spartan RV with “Ethel” printed in bold, black print across the front. 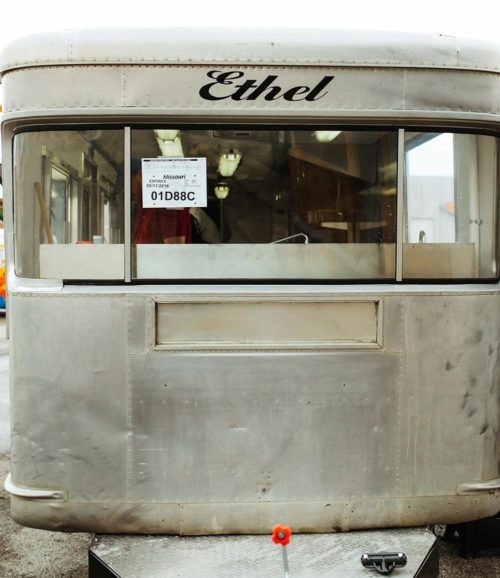 “When we found the truck, we built it out. When we built it out, I didn’t know what I was doing and I made it too heavy,” he explains. “We decided this thing is way too big, way too heavy, and we don’t want to drive it around. So, what do we do?”

The Red Wattle, the food truck built in Ethel’s shell, serving charcoal-roasted meat, would need a more permanent home. That’s when they found the lot, Foust says, and Little Piggy was born.

Little Piggy is a food truck hub Foust recently launched in an abandoned used car lot in a high-traffic area of Kansas City. It wasn’t until after he purchased this lot as a permanent location for The Red Wattle that he realized the lot could also become a solution to many of the challenges faced by other food trucks in Kansas City. 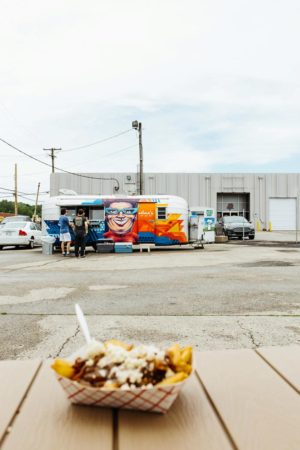 “I wish I could say this was all in the master plan and I’d been thinking about it for three years and it worked out to a T. It was one of those things where a problem came up and we solved that problem. In doing that, we looked at a bigger picture than just us. We looked at all the trucks and the problems that persist with them.” 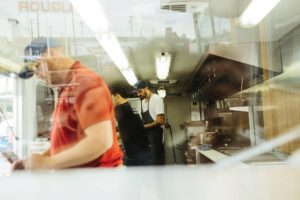 “You’ve got some great chefs who are spending way too much time behind a windshield. They should be cooking; they shouldn’t be driving,” Foust explains. “There is a lot of wasted time. I’m a chef. My day is broken up into seconds and every second counts. Once we got the truck, I thought, My God, I don’t want to be driving around, I love to cook.”

The creation of a food truck hub not only solved the problem of wasted time, it offered a solution to another challenge faced by food trucks on a regular basis: running out of food long before they are ready to call it quits for the day. 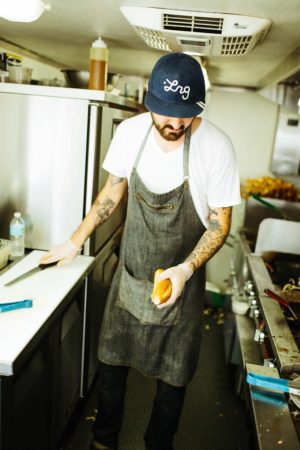 “You’ll get a hundred people in line; by the time you get to the front of the line, they have run out of half of their stuff because they can’t re-up,” he says.

“What if you have an inspected kitchen on site that is ten feet away?” is the question that led Foust to begin plans for a commissary kitchen at Little Piggy. The kitchen will include freezers, refrigerators, and dry storage space, allowing owners and chefs to park their food trucks at the Little Piggy hub for days at a time. 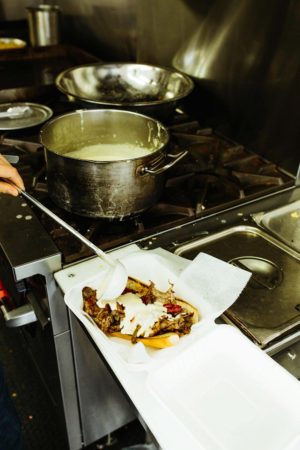 There is a limit to just how much he is willing to let this particular lot grow, but Foust is open to the idea of creating additional food truck hubs in other locations. The lot will always be capped at seven trucks, a decision he reached after recalling how food trucks were run in Portland, where he lived for four years. 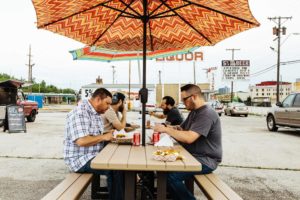 “Their food truck scene is really cool,” he says, “but one thing we really noticed is that you get so many trucks packed into a little lot that I didn’t see how everybody could make a living. I could probably pack 20, 30 trucks into this lot, but would that be beneficial for those chefs?” 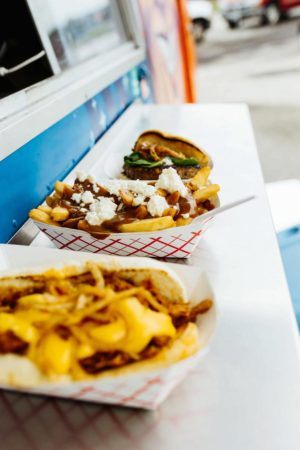 Little Piggy opened at the beginning of May, with three to seven trucks parked during lunch hours. In the coming months, the hub will offer food trucks everything they need to serve guests for several hours at a time, including the ability to use the electric utilities made available on-site to operate their trucks instead of relying on generators or gasoline. 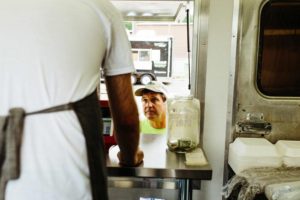 Moving forward, Foust hopes to build relationships with more trucks in the city, allowing them to extend the hours to include dinner. Special events, including two “mushroom fries” held by Fungal Fusion, have been used to attract crowds to the food truck hub. Foust also plans to invite guest trucks from other cities to park for a week at a time as another means of spreading the word about Little Piggy. 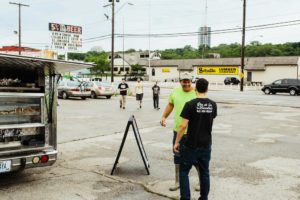 And he has Ethel to thank for planting the seed that started it all.