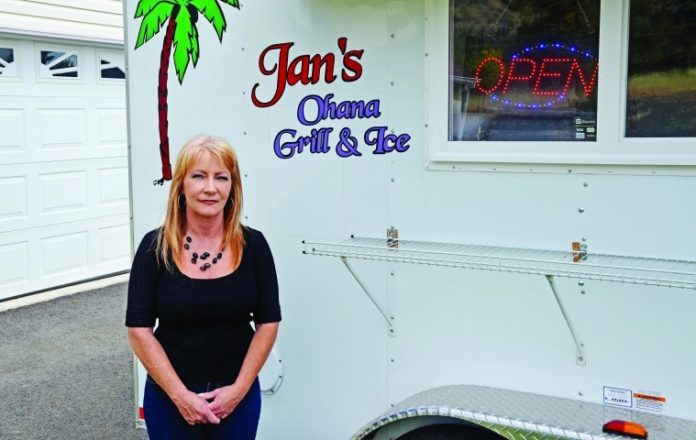 It’s a nationwide trend, and there’s a strong argument that Oregon is its capital.

Food carts have become the darling of the culinary scene, providing aspiring chefs a cheap framework to start a business and create a unique dining experience.

In Portland, over 400 food carts pepper the metro area. They have become an iconic part of downtown and a signature of the city, drawing the attention of the New York Times and food writers across the country.

But in downtown Klamath Falls, the number of food carts is exactly zero.

She has run into a litany of issues, from city code requirements to public health stipulations to landowners’ permissions, that have foiled repeated attempts to acquire a consistent location to park her truck downtown.

There was the lot across from the Klamath Falls Public Library. Drake obtained permission from the landowners to use it, but the city said she would need to pave the lot before she could start selling food.

There was an empty lot on the corner of Main and South Sixth streets. Turns out she had to pave that one, too.

There was a lot across from AMA Gas on South Sixth Street. It didn’t have power, and there was a $600 charge to start electric service.

Not to mention that if she did find a location, it would have to be within a five minute walk of a bathroom, and Drake would need written permission from that bathroom’s owner that it could be used. A portable toilet doesn’t count.

Drake hasn’t constrained her search to downtown. She’s requested permission from a number of businesses, including Grange Co-op, Bi-Mart, Staples, Wal-Mart and Habitat for Humanity’s ReStore. She always offers to pay for the use of the property, but has been turned away.

She did park for a time in the lot of the Golden West Hotel across the street from The Home Depot, but business was so bad she had to move.

Finally, fed up, she put her house on the market, and she’s moving to Medford, where she says food vendors can make $400 a day.

“It’s like they don’t want you to get ahead in this town,” Drake said. “I dread going over the hill. If business would pick up and I could do business here, I would stay here.”