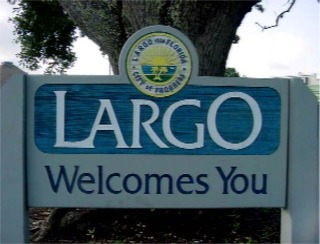 LARGO – Food trucks may be allowed to operate in the city of Largo on a trial basis.

After an hour of discussion on a proposed ordinance regulating mobile food vendors, city commissioners informally gave staff the go-ahead Dec. 13 to come up with a pilot program to allow them to operate in the city.

Commissioners questioned how the mobile food vendors would affect existing restaurants and whether they will be just a passing fad.

Commissioner Robert Murray said he couldn’t support the adoption of an ordinance, noting all that the food trucks will provide competition with the established restaurants that have had to comply with several city regulations, such as sign codes.

“Charging somebody to come from outside and park here, for how many hours, at $200 per year just doesn’t seem to be fair to the brick and mortar places that we have,” Murray said.

The proposed ordinance calls for a $200 permit fee for each mobile food vendor unit.

Commissioners also took issue with staff’s contention that food trucks may establish restaurants in the city. They also had mixed views on the proposed hours of operation for the food trucks, which are from 6 a.m. to 3 p.m.

Commissioner Woody Brown said the commission is “overthinking this.”

He said the city should offer an opportunity for food trucks to come into the city, look at the situation in a year and decide whether to continue allowing the vendors.

“Competition is good, so I say invite it,” Brown said.

Mayor Pat Gerard said she wouldn’t mind giving the food trucks a chance but she wouldn’t want them to be considered permanent.

“I think over time it’s going to go sour,” she said. “I think they are going to look tacky … we go to all this trouble to come up with design standards, and then we’re going to let food vendors just park in a parking lot. It’s just sort of contradictory to what we have been working on all this time.”

A food truck rally was held on Nov. 19 in Largo and now staff has been contacted by other cities to find out about its proposed ordinance.

“The mobile food vendor ordinance is somewhat new territory for municipalities in Florida,” said city Program Planner Karisa Rojas-Norton. “But the concept is becoming more and more popular in urban centers such as Orlando, Miami, Tampa and now in Pinellas County.”