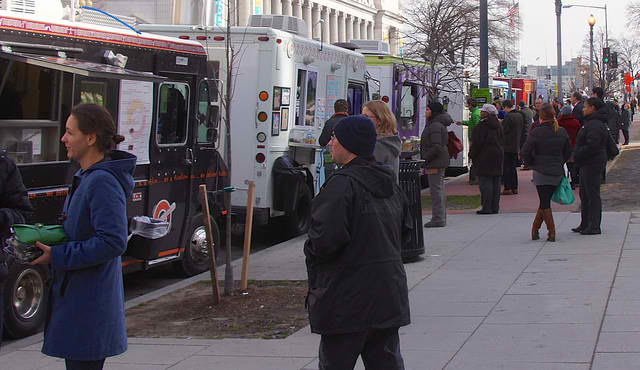 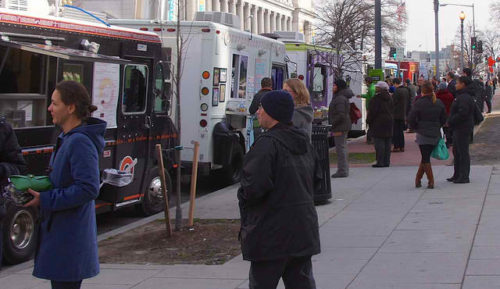 Lexington’s pilot food truck program may have cleared first reading at the Urban County Council, but a host of details including parking time limits and fines remain to be finalized by the city’s parking authority.

With an initial thumbs up from the Urban County Council, the ball is now in the Lexington Parking Authority’s court and the challenge, according to parking authority member Kenton Ball, is to draft a clear set of regulations for food truck vendors.

Chief among the remaining issues is the length of time trucks will be allowed to occupy public parking spaces. Food truck vendors appear to favor a four-hour limit, but Alfalfa’s co-owner Jake Gibbs says that undermines the purpose of metered parking, which is to facilitate a flow of new visitors.

“I don’t think they’ve though this through well enough. I think they should have a mission statement or a clear rationale. There is a clear rationale for metered parking. They are changing that rationale without really recognizing that’s what they’re doing,” Gibbs argues.

The parking authority is set to hammer out that issue along with other policy details by June 13th, after which the Urban County Council will take up the measure for a second reading June 20th.