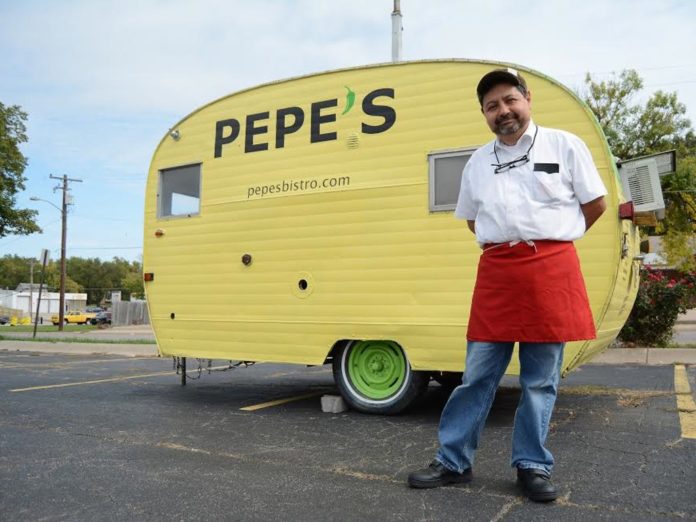 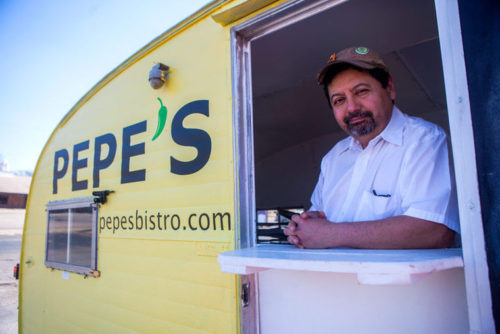 In an effort to build a more sustainable restaurant, Pepito “Pepe” Fierro, owner of Pepe’s Bistro, is trying to install solar panels on his food truck.

Through catering with the truck at various events, Fierro noticed the gas generator powering the truck was often times too loud and hard to power at outdoor locations. He also knew using the gas generator wasn’t a sustainable practice, so about a month ago, Fierro launched a campaign on Kickstarter to help generate funding for his solar-panel project. To date, the project has received $929 from 28 backers.

“(The gas powered generator on the truck) kind of goes against what I’m trying to do,” Fierro said. “I’m trying to be more sustainable and do helpful things for the earth so I thought ‘why not solar panels?’”

While the Kickstarter project was just recently posted, solar panels have been a goal for Fierro since he started the food truck three years ago. Fierro is hoping to purchase two solar power generators, he said, which have enough energy to power a refrigerator for up to eight hours. If the money comes through, the solar panels will be purchased and running by Earth Day on April 22.

“It’s important we use buildings that already stand rather than keep building structures and killing off land we could be using to grow food,” Fierro said. “There are more abandoned buildings in America than homeless people.”

Fierro has been pursuing sustainability for more than 20 years through his lifestyle and business ventures.

In 2008, he opened Pepe’s Bistro, a vegetarian and locally sourced restaurant followed by the opening of his food truck, which was the first vegetarian-friendly food truck in Lincoln. Fierro also founded the Lincoln Bike Kitchen, which provides bikes to community members in an effort to encourage a healthy and sustainable lifestyle.

“By doing this solar-powered food truck, it’s going to be a tiny step toward a few other projects,” Fierro said. “One of them being building a restaurant that’s going to be completely off the grid.”