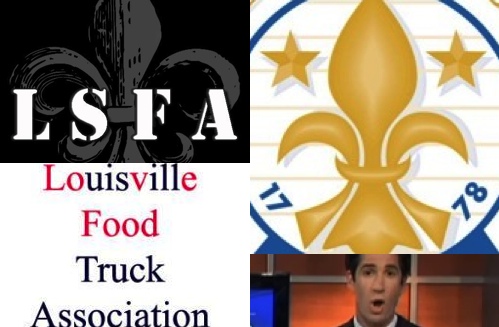 The Louisville Metro Department of Health & Wellness’s goal is to introduce letter grades for food trucks by the end of 2013.

“They [food truck operators] had suggested that they wanted to move forward with it. We had committed to try to get something rolled out this calendar year,” said Matthew Rhodes, deputy director of the health department. “That’s still what our goal is.”

Last month, Rhodes had said food truck letter grades “should be a reality,” but did not specify a timeframe.

Subsequently, the health department has “met several times and had several different informal discussions,” Rhodes said. “We’re working on it internally, trying to work out some logistical and/or technical issues that we need to address before we move forward with it. We’re trying to be systematic in the delivery and trying to address problems that may occurr before they occur. So we’re trying to be effective in our planning.”

One of the issues that the department is trying to work through involves accessing existing food truck data kept by the commonwealth. “These facilities, as we’ve always stated, are not local. They’re state-wide-permitted facilities. Their data is maintained in a statewide database and it’s not transmitted back into our local data. So we need that historically relevant inspection information in order to apply the ABC placard, because we take history into the consideration when posting those placards.”

The drive for food trucks to get letter grades accelerated in the wake of WAVE 3 Troubleshooter (bang bang) Eric Flack’s reports in July about possible health-code concerns involving food trucks. Subsequently, the health department and food truck associations have met twice to discuss what obstacles need to be overcome for trucks to be on the same rating system has brick-and-mortar restaurants.