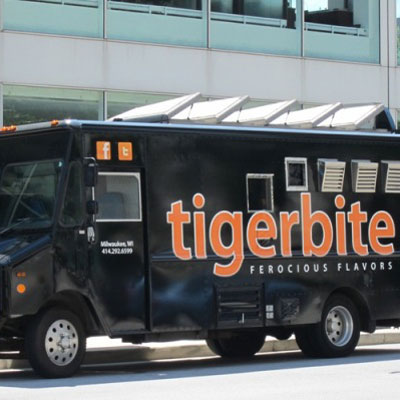 Takin’ it to the streets

Madison street-vending coordinator Warren Hansen reports that the Mad City’s food-cart culture is about to get its day in the sun. Food Trucks: Dispatches and Recipes from the Best Kitchens on Wheels by Heather Shouse (Ten Speed Press) will be published in April; the book contains a couple of pages on our local carts. Shouse hopes to have some special promotional events in Madison combining a bookstore and a food cart or two.

At Edge’s urging, Hansen attended what was apparently the country’s first conference on street food. Held last August in San Francisco, the aptly named First National Street Food Conference was hosted by the nonprofit incubator kitchen La Cocina. Hansen gave a PowerPoint presentation, on a panel with representatives from Atlanta, Toronto, Oakland and Portland, Ore. “I discovered that Portland and Madison are much respected in the street-food world,” he reports. Other presenters included Edge, cookbook author Molly O’Neill, and Doug Quint and Bryan Petroff of Big Gay Ice Cream Truck in Manhattan.

Hansen’s been invited back for the 2011 conference, and hopes to lure the conference to Monona Terrace in the future.

Winter is not prime time for Madison’s food carts, but this winter three have been braving it most days on the Capitol Square: Blowin’ Smoke BBQ and Wei’s Food to Go are at the corner of East Main and South Pinckney, and FIB’s is usually at Main and Martin Luther King. And now with the February thaw, El Burrito Loco and Curt’s Gourmet Popcorn cart have shown up again, taking advantage of the warmer weather…and the influx of those protesting Gov. Walker’s budget bill.

Fans of the Spice Yatra Indian food cart (which until July of 2010 could be found at the intersection of Main and Martin Luther King) should make a mental note that chef and proprietor Sunil Gopal will be serving at the free International Festival 2011 at the Overture Center on March 5. Gopal writes that he’ll be cooking four of his greatest hits: kadai chicken, spinach chicken, vegetable curry and chana masala, all served over basmati rice.