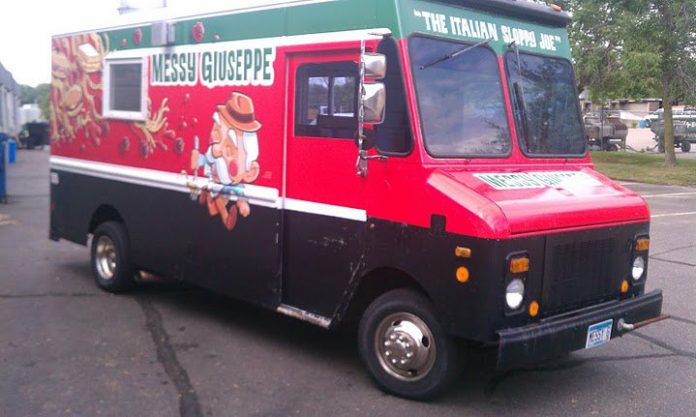 Another food truck is on its way to St. Paul.

Messy Giuseppe was supposed to hit the streets days ago, but first there was an inspection delay due to the state government shutdown. Then the grill hood didn’t pass muster.

Robert Delmont, who also runs Cafe Zia in Roseville, is working on getting the hood fixed, and he hopes to roll out the 21-foot 1970s rig by mid-September. (For updates, follow Messy Giuseppe on Facebook or @MessyGTruck on Twitter.)

And the delay, Delmont says, had some benefit. He used the time to enlist local cartoonists Kevin and Zander Cannon to create a caricature of his great-grandfather Giuseppe for the side of the truck.