Well, this is news…

Yesterday the City of Miami shut down the popular food truck event at the American Legion post, 6445 Northeast 7th Avenue Miam. The event was well-attended, and had the support of the home owners association, but was not up to code.

The Legion post and the principle organizer of the event, Jack Garabedian, the owner of the Jefe’s Original truck, are working to get the permits in order so the event can continue next week.

“We’re doing everything we can to comply,” Garabedian said. “But we’re not lawyers, we’re food truck operators. We don’t know how long it’s going to take.”

Update | 10:12 p.m: The were at least four City of Miami police cars at the Legion, one of which was telling people to leave with a loud speaker. Seems like the city is starting to take food trucks more seriously. This has been developing for awhile – but we’ll keep our eye on the commission to see if there are any regulations in the pipeline.

Update | 6:30 p.m: The event at Biscayne Plaza was also canncelled. Kelliann McDonald, the PR rep for Teranova, set us this quote:

“”Ours was postponed. No trucks showed up. That’s what happens when drama’s involved. I’m extremely disappointed. Let’s see what happens for next week. we’re still open to working with which ever trucks and organizers are willing.”

Update | 3:30 p.m: The food truck event at the American Legion has been canceled. Let us know what you think in the comment section, we’ll be there to get reactions.

This story was published in the Herald sometime yesterday so I’m thinking that all this happened on Wednesday although the article really doesn’t say and the “update” times are reversed and undated.

But the bottom line is that it appears as though the City of Miami is starting to realize that there’s money for them in the food truck craze and they’re doing what they can to cash in on it. You have to wonder if the trucks are also going to garner more attention from county and state regulators as this meals-on-wheels fad doesn’t show any signs of slowing down.

It’s interesting to note, however, that when I review a few of the food truck Twitterfeeds, only passing reference is made to all this drama. And when you check out Burger Beast, which is South Florida Food Truck HQ, there is nothing. 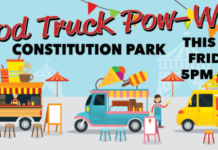 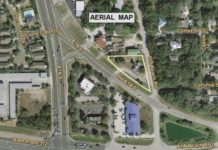 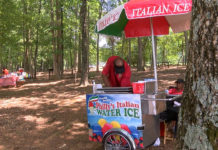