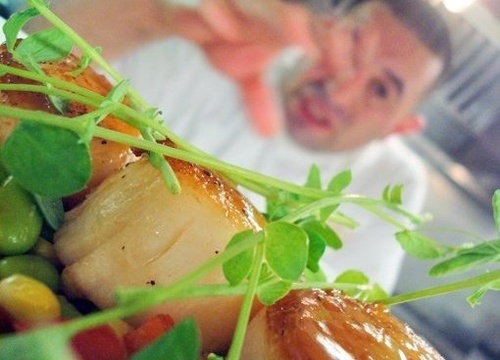 Chef Gonzalo Rivera Jr., one of the chefs at the Boca Raton Resort, has a new concept stewing, and it sounds delicious!

He plans on rolling out a food truck, fusing Asian and Mexican flavors to create something unique.
Rivera says he got the idea when he moved to Miami and all there was to eat was phony Mexican food. Ever since, he’s had the itch to bring authentic Mexican-style street food to South Florida. The truck should be ready to hit the road at the end of March.
Rivera says that once the wheels are turning, he plans on hitting all the local hot spots and updating his whereabouts on Facebook and Twitter accounts so everyone will always know where to find him.

While the process is still coming together, menus are being created, and names are being considered, Rivera promises to keep us posted. Stay tuned.